The Purge of US Counterterrorism Training by the Obama Administration 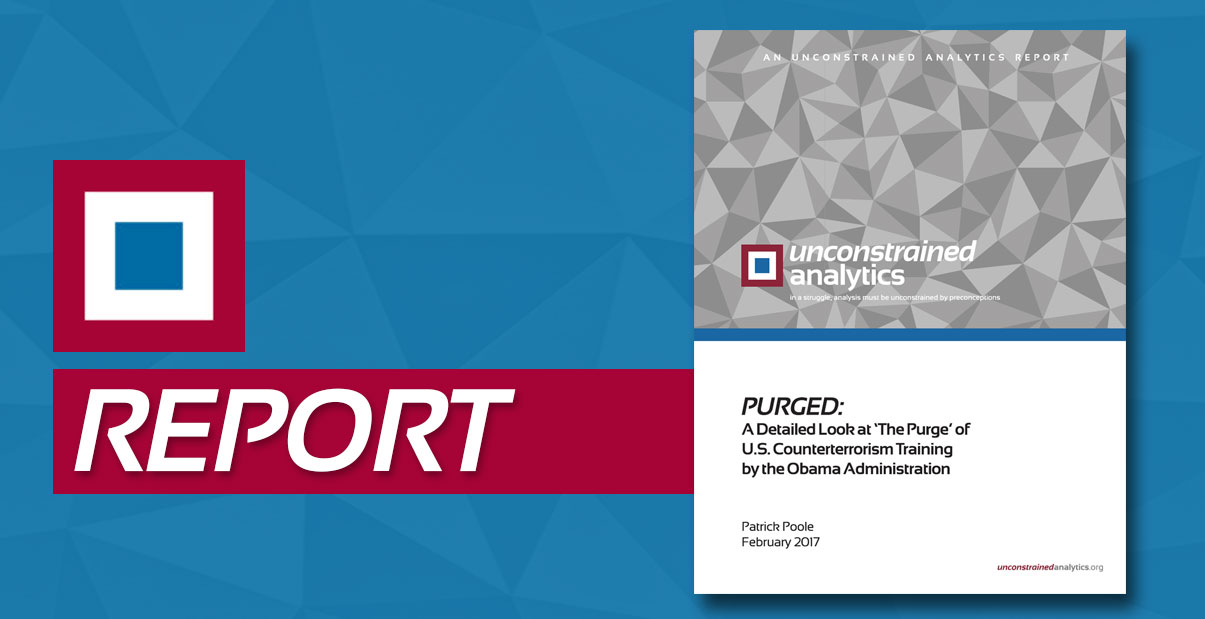 On June 28, 2016, the Senate Judiciary Committee Subcommittee on Oversight, Agency Action, Federal Rights and Federal Courts held a hearing chaired by Senator Ted Cruz (R-Texas) investigating a series of policies established by the Obama Administration during 2011-2012 that effectively neutered FBI counterterrorism training and blinded our nation’s national security, defense and intelligence agencies to the threat from Islamic terrorism.

In what some experts have termed a hostile “political warfare campaign” driven by an alliance between the administration, Islamic organizations and cooperating media figures, analysts and subject matter experts were blacklisted, and books and training materials were purged from official counterterrorism training programs government-wide. This “purge” has contributed to clues being missed by the FBI in major terrorism cases, including the April 2013 bombing of the Boston Marathon, and more recently the June 2016 massacre at The Pulse nightclub in Orlando, Florida, by Omar Mateen, who had been the target of previous FBI investigations in 2013 and 2014.

Patrick Poole of Unconstrained Analytics has written a new report detailing how this counterterrorism training purge happened, the players involved, the surprising but overlooked findings by a GAO report, and the consequences of having our law enforcement/military/intelligence professionals intentionally denied important training on the threat doctrine of the enemy, As a result, they have been blinded, losing any ability to identify, and then defeat, the enemy.

REPORT – Purged: A Detailed Look at ‘The Purge’ of US Counterterrorism Training by the Obama Administration (pdf)

REPORT: The Killing Without Right: Islamic Concepts of Terrorism
July 1, 2019