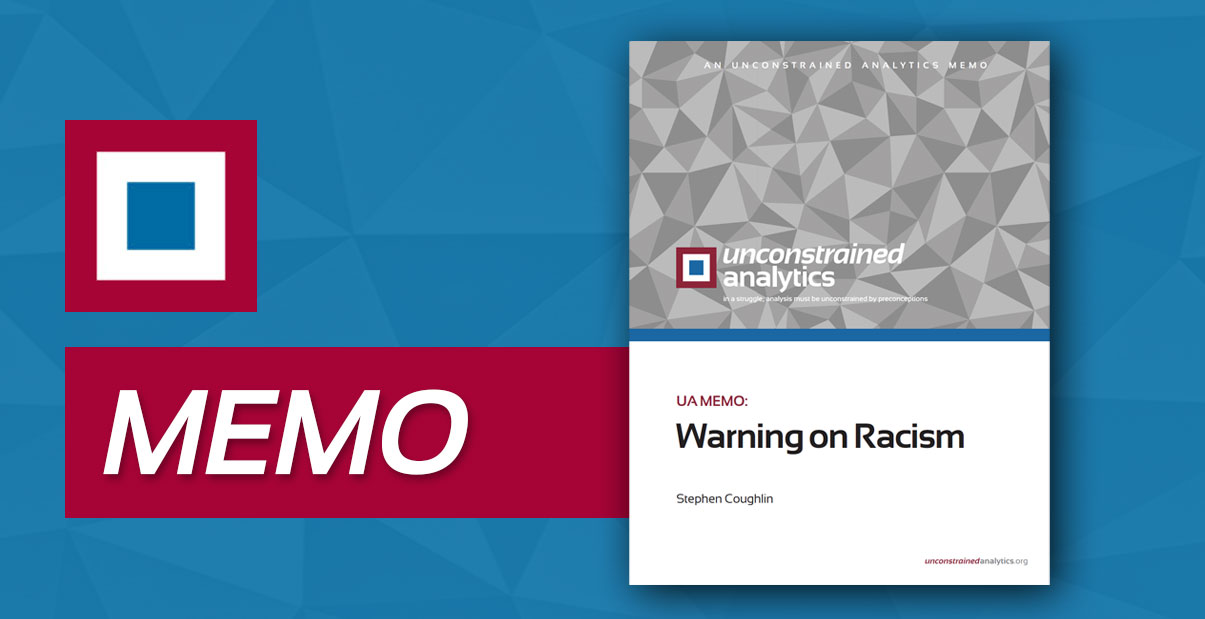 “This is not decay; it is organized destruction. Secularists, and their allies among the “progressives,” have marshaled all the force of mass communications, popular culture, the entertainment industry, and academia in an unremitting assault on religion and traditional values.

We are told we are living in a post-Christian era. But what has replaced the Judeo-Christian moral system? What is it that can fill the spiritual void in the hearts of the individual person? And what is a system of values that can sustain human social life? The fact is that no secular creed has emerged capable of performing the role of religion.”

“Defending the West begins here: Recognizing that “organized destruction” is a mass-line attack to destroy America through political warfare lines of effort structured to that end. “Organized Destruction” is simply what Neo-Marxists commit to when pledging to “Aufheben der Kultur” (“Destroy the Culture”).”

There are indicators that the Left will initiate a strategic information effort leveraging the full range of political warfare activities to delegitimize the United States. The effort will pivot off the upcoming election cycle and include intimidation and violence.

Last February, Unconstrained Analytics published the report Re-Remembering the Mis-Remembered Left: The Left’s Strategy and Tactics to Transform America (Re-Remembering). It argues that the left operates dialectically through weaponized attack narratives to destroy identity. It accomplishes this objective through targeted negation campaigns that seek the denial of individual, social and national identity.

The negation process conditions the domestic populations to accept and even support violence, integrates non-violent actions to enhance effects, and shapes enduring perceptions in support of planned end states. It is a process that anticipates domestic terrorism. As it relates to this assessment, the target is all things American. At its core, it is Marxist.

Possibly in preparation for the upcoming election cycle, these narratives are escalating in frequency and intensity. As they escalate, intimidation and violence will be integrated into the narratives by design.

As such, recent events can be understood to reflect the opening phase of an information campaign designed to sculpt the information battlespace for future planned operations through preparations resembling operational preparation of the environment (OPE) activities normally associated with special operations.[1] This assessment will focus on the “racism” line of effort (LOE).

The end state is the suppression of all speech that promotes or defends America by designating all things American as racist.

These narratives escalate by design. To recognize their arc and trajectory, it is necessary to understand the roles they play in political warfare regimes. As Josef Pieper observed, the objective is reality dislocation; to the deny people their “share and portion of reality, to prevent their participation in reality.” [2]

Re-Remembering argues that the only way to properly understand the left is as a dialectically determined Marxism that follows Maoist political warfare disciplines.

Since its release last February, events have come to light that validate the political warfare concepts argued. The “otherism” lines of effort, including those of racism, depend on the validity of already implemented political warfare regimes.  A seamless, self-sustaining loop exists between current LOEs and well-established underlying regimes that are mutually supportive and reinvigorating.

Thus, as new LOEs are implemented, they are automatically reinforced by, and build upon, pre-existing political warfare activities that solidify their validity while enabling their simultaneous expansion, amplification and penetration. Hence, before explaining the racism LOE in detail, the underlying political warfare trajectory on which the racism LOE is to be advanced will be explained.

If the validating events of Part I serve as indicators that this is how these events are to be understood, the escalating attack narratives they illuminate in Part II should serve as warning. This is not partisan politics, we need to prepare for violence.

This assessment confirms the political warfare orientation of the Neo-Marxist Left in America that is fundamentally international, foreign and hostile. Estimates that fail to account for these realities are under-inclusive to the threats they pose.

The racism accusations of the Left are not the same as those fought over through the civil rights movement but rather are part of a bundled set of otherism LOEs structured to destroy (nihilize) identity.

The Left is targeting the upcoming election cycle with non-violent attack narratives to be enforced by violent LOEs in the form of intimidation and actual violence. As such, the political warfare effort will be coordinated and calibrated – it must be understood this way. These efforts will succeed if not properly assessed and countered.

In closing, the Neo-Marxist weaponization of racism is the leading edge of political warfare attacks that will be enforced through hate speech regimes imposed through international and foreign forums. The speech codes these efforts seek to enforce have already achieved de facto enforcement.

Hate speech purposefully seeks the destruction of the First Amendment, which it has already substantively displaced in popular culture.

Because Neo-Marxist LOEs attack along political warfare vectors that follow Maoist mass line trajectories, there is great confidence in their success because there is a high degree of assurance that Americans—especially among national security professionals—lack the discernment and the competencies to recognize these activities as strategic level assaults, let alone defend against them.

That America’s national security apparatus is defenseless against political warfare attacks is established and well known. As two Chinese Colonels stated over twenty years ago in their 1999 Chinese War College thesis:

“Whether it be the intrusion of hackers, a major explosion at the World Trade Center, of a bombing attack by bin Laden, all of these greatly exceed the frequency bandwidths understood by the American military . . . This is because they have never taken into consideration and have even refused to consider means that are contrary to tradition and to select measures of operation other than military means.”[1]

One thing is certain, because hate speech is a direct and purposeful assault on the integrity of the First Amendment and related protected free speech rights, those who engage in its use, especially those beholden to the oath to “support and defend the Constitution against all enemies foreign and domestic,” do so at the immediate cost of the American way of life they are sworn to defend.

The Trimaran Brief: Marxism and why there is no “political middle”
September 1, 2021
Rich Higgins Update