REPORT: The Killing Without Right: Islamic Concepts of Terrorism 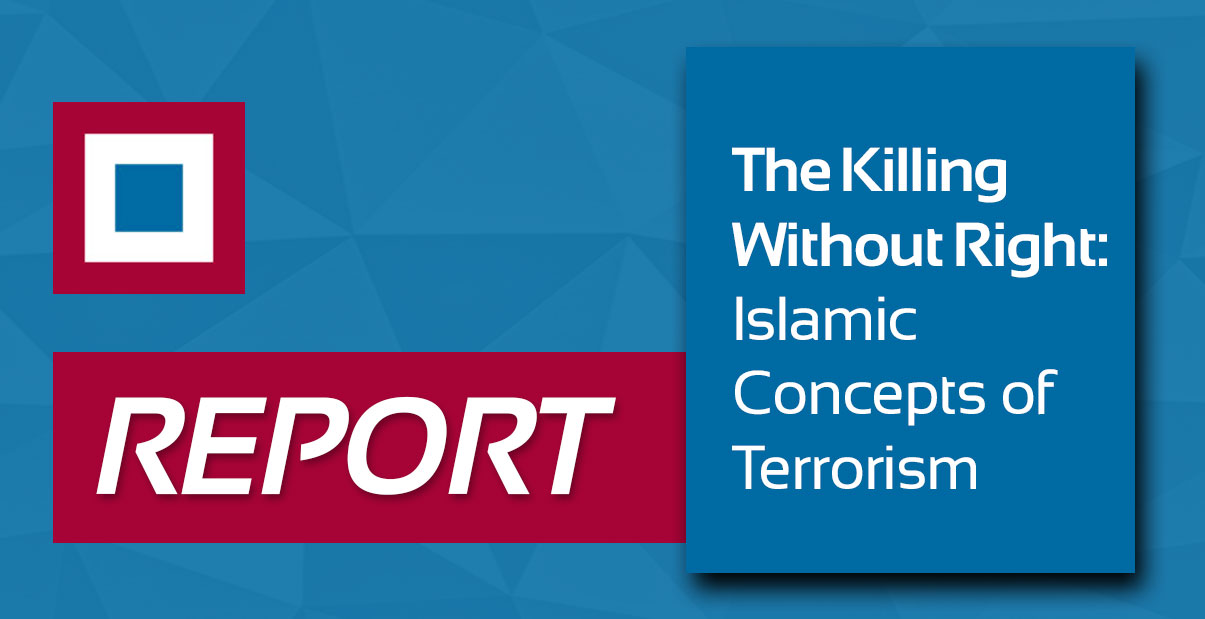 Stephen Coughlin wrote this report in 2010:

When the postmortems on the War on Terror (WOT) are written, among the issues in need of redress will be the destruction of strategic thinking and its replacement by fictions in the form of academic models or scripted war games that systematically admit only those facts that enforce the model while systematically excluding relevant facts that the paradigm either cannot accommodate or will not recognize.

Strategy runs on facts: the facts of a defined enemy, his known terrain and his stated threat doctrine. Models, all models, are ultimately narratives and hence a form of fiction. National security planning based on fictions will fail because they must. When these models break down, and they all do, failure is attributed to things like “complexity theory” that hold that because the “world is so complex,” all one can do is manage “chaos”.

For example, orienting all elements of national power on the vacuously defined “violent extremism” in the face of self-identified threats that self identify as Jihadis, who openly declare that they wage Jihad in accordance with ubiquitously available Islamic law in order to implement shari’a while reestablishing the Caliphate will foreseeably cause one’s analysis to cascade into the management of chaos – having already systematically denied all relevant facts, including all terms associated with those facts, that interfere with the fiction.

When managing chaos, one is not managing people, places or things. “Violent Extremism” is not a real person, not a real place, and not a real thing. To manage chaos is to manage nothing. Operating along analytical canons of “complexity” imposes chaos on the people. Fidelity to chaos models provides intellectual cover for a total disregard for factual analysis that not only signals an epistemic collapse of strategic proportions, but does so by forcing a collapse of professional canons on the duty to be competent that includes the duty to know (all enemies foreign and domestic).

This paper is one example of strategic blindness.

“Killing without Right” will seek to expose this blindness by introducing a concept ubiquitously communicated inside Islamic Movement networks that, nevertheless, remains unknown outside of it concerning an Islamic concept of terrorism based on the “killing of a Muslim without right.”

While this concept of terrorism is derived from Islamic law, this paper will position the analysis on recent Deobandi pronouncements condemning terrorism to show that while it aligns with Islamic law, it also reflects the same understanding of terrorism ratified by the Organization of the Islamic Conference (OIC) in its official communications as well as Islamic Movement institutions such as the Muslim Brotherhood.

As such, this paper is written from the perspective of the Islamic Movement and its orientation to Islamic law and makes no claims to account for potential competing Shari’a positions in the larger Islamic world. The goal is to demonstrate an interlocking understanding of this concept of terrorism from local madrassas in India, to global Islamic organizations, to Islamic Centers in the United States.

Because of the current interest in what modelers call “the self-radicalization process,” this paper will use Major Hasan’s presentation to his fellow psychiatrists and Army officers at Walter Reed in 2009 to show its nexus to common concepts of Islamic terrorism in order to expose the dangerousness of these sanctioned myths while warning that the lack of situational awareness these models sustain come at a price.

The objective is to demonstrate that threats in the War on Terror are comprehensible for those who choose to know them based on articulable facts. Major Hasan’s briefing is but an example.

As this paper was being socialized, Saudi Arabia issued a fatwa condemning terrorism and the funding of terrorism. By request, it was brought out of draft to account for the Saudi fatwa as a test case / proof of the concept of the paper. Hence, “Test Case: The 2010 Saudi Fatwa” was a last-minute addition to “The Killing without Right.”

The Killing Without Right: Islamic Concepts of Terrorism (.pdf)