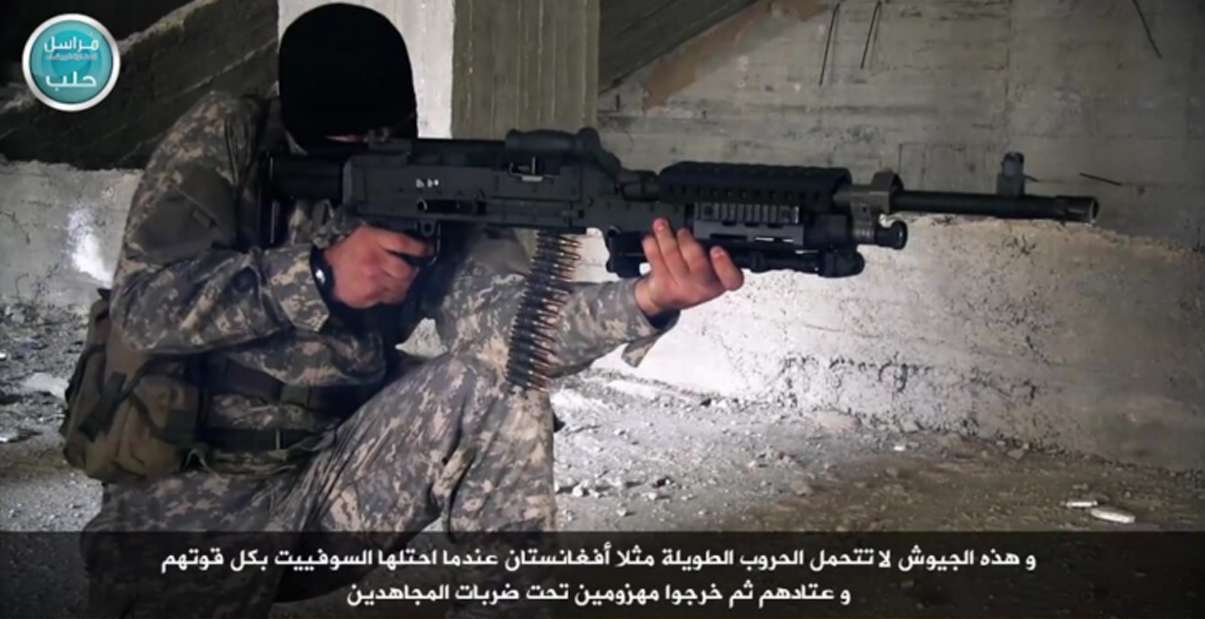 A new video released by al-Qaeda’s Syrian affiliate Jabhat al-Nusra shows fighters from the terror group using the very weapons which were supplied by the U.S. to “vetted moderate” rebel groups as part of a disastrously failed plan to combat ISIS.

The video shows urban warfare training near Aleppo. Observers on Twitter have noted the weapons appear to be M240L machine guns. These weapons had been provided to the small group of fighters trained under the Department of Defense’s $500 million “train and equip” program that was shut down earlier this month. . . . Read more

Reports since yesterday indicate that a U.S.-trained Syrian rebel leader has deceived his American handlers and has defected to Jabhat al-Nusra — the official al-Qaeda affiliate in Syria.

This report comes just days after a senior U.S. military commander told Congress that only 4 to 5 U.S.-trained Syrian fighters are effectively engaged against ISIS as a result of a $500 million program pushed through by GOP congressional leadership a year ago. Since July 2014, I have repeatedly covered the frequent defections of “vetted moderate” Syrian rebel groups to al-Qaeda and ISIS here at PJ Media.

Late yesterday, the reports that Atareb rebel commander Anas Obaid had defected to Jabhat al-Nusra and turned over his weapons began to emerge: . . . .Read More