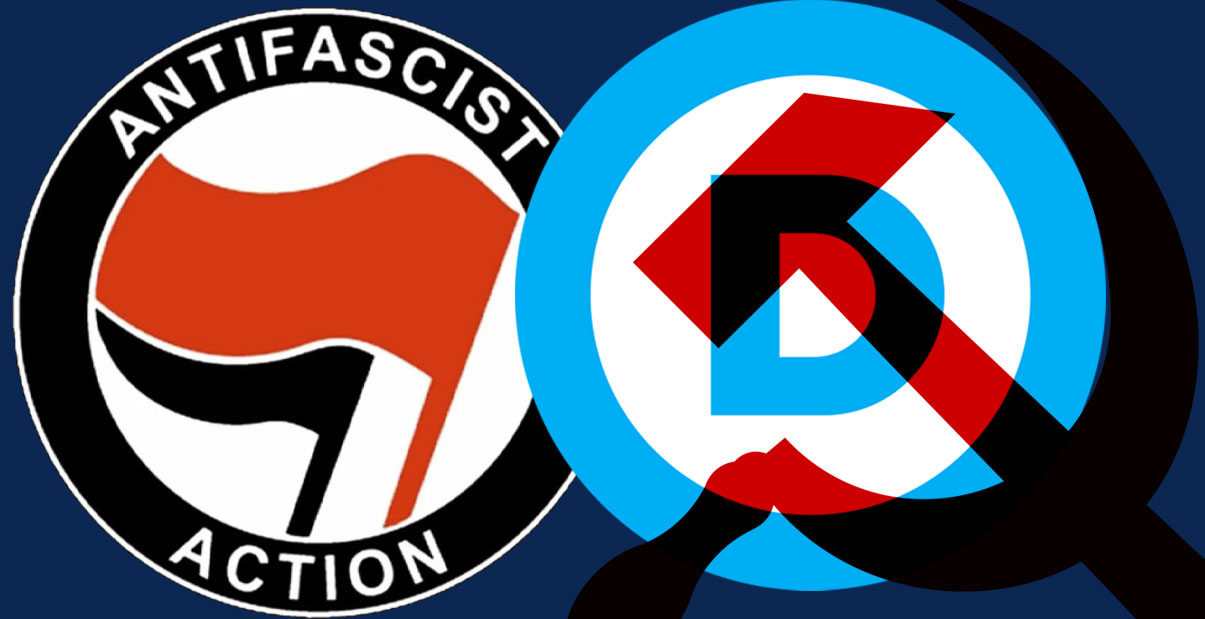 The American people are enduring a withering bombardment of propaganda from a corporate-owned media that is beholden to financial interests, including interests that benefit from legacy trade policies with Communist China.

The tactics used and the target selection determines its overall level of effectiveness. Today, propaganda tactics are ubiquitous in the 24/7 social media-fueled frenzy. Today’s target is the American people. Fear amplification and false expectations are the messages. Divide and conquer is the ethos.

Propaganda tactics and methods have so saturated the national discourse that it is difficult to discern reality from falsehood, truth from fiction, or deceit from honesty.

The situation is exacerbated by the lack of critical thinking skills among the younger segment of the population. Subjects like logic—and hence logical fallacies—argumentation, metacognition, etc. aren’t required course work at any level of public schooling.

This makes our entire population—our children and young adults in particular—easy marks for propaganda.

As a corollary to the propaganda, the broad censorship across the media and social media platforms serves to further the confusion by eliminating honest debate or exposure to alternative viewpoints. America once prided herself on free speech and open and honest debate.

Today, we have a news media that publicly applauds censorship historically associated with states like China, North Korea, and the former Soviet Union.

As a result, a general state of induced confusion and fear affects our citizens and officials alike.

In the Soviet Union, the residents used to joke, “in the news there is not truth, and in the truth, there is no news.” How the mighty United States of America has fallen.

The principle goal of information warfare is confusing your adversary and concealing your intentions. This is achieved by controlling your target’s perception of reality. The American people’s perception of reality has been under assault for decades and this has only intensified since Donald Trump dared to challenge the myriad interests hollowing out America for profit.

After a decades-long effort to control language and to censor speech, it is not surprising that many inside the Trump Administration struggle to frame accurately the violence plaguing the country. To be artificially limited to describing reality using only acceptable words is like tying your shoes with boxing gloves. In matters pertaining to national security, an inability to define reality is lethal.

For example, in Attorney General William Barr’s recent House Judiciary testimony, he stated that the attacks on courthouses and federal facilities are attacks on the U.S. government. Barr stopped short, however, of naming these attacks as part of the wider Marxist Revolutionary insurrection. This artificial constraint in language complicates and inhibits the deployment of needed personnel and capabilities to quell the violence. These constraints remain self-enforced on the part of many American officials, even when faced with affirmative confirmation and facts.

Until our senior-most political leaders are willing to name the threat and accurately depict reality with their language, their political underlings and constituents, many of whom know that something is wrong, will remain afraid, confused, and disenfranchised.

Former Secretary of State John Kerry and the presumptive Democratic nominee for president, Joe Biden, both recently called for “revolution.” Believe them. Bombs, assaults, fires, and riots occur daily. Believe those, too.

The elements of revolutionary insurrection are clear for all to see. Cadres on the street, deceptive narratives in the media, and a shadow government choosing de facto presidential candidates under the rubric of a vice-presidential selection process.

It is not enough simply to point out the lawless tactics or the inaction of local leaders. The Democratic Party leaders, public officials, and their media allies are fomenting revolutionary insurrection, with clearly stated goals including the dissolution of the U.S. government and the elimination of the America First agenda and its proponents.

The steps taken to end the violence thus far have been measured and halting. While politically comfortable, these steps fall far short of what is necessary to prevent the collapse of society. To address these issues reactively through the prism of racial inequality or police brutality is to yield to the Marxists’ narrative. This forces Americans to defend America with the weapons and fighting positions chosen by their adversaries.

Government officials sworn to protect and defend against all enemies foreign and domestic, but beholden to the Marxist narrative, fight with rules of engagement defined by our enemy at the time and place of the enemy’s choosing. This is a catastrophic error.

A brief look at the history of the 20th century exposes this folly. This is a key indicator of how bad the surrender to the narrative is—FBI agents kneeling, in uniform, to Marxist rioters during the Washington, D.C. riots. Whether they were told to by someone in authority or chose to do so on their own is not relevant. What is relevant is that it happened. A mighty citadel of anti-communism—the FBI—has fallen. They are not the only pillar of our defenses to have collapsed.

Marxism and its progeny are the single greatest threat to humanity that exists. Democrat leaders are fomenting revolutionary insurrection. This is clear, not only from their words and actions, but also through their inaction.

The propaganda and purposeful violence will continue through the election, of this there is little doubt. To put a point on it: if nothing else, it serves as a tool of voter suppression. Threats of violence at the polls will keep many from voting. If they aren’t already, the Justice Department (and the Department of Defense for that matter) should be planning for an explosion of violent protests to “spontaneously erupt” around November 1 that will last through the election. We must be prepared to ensure that everyone can safely vote without fear of violence, intimidation, or retribution.

The mainstream journalists’ complicity allows and enables the devolution of the social contract by not holding the Democrats accountable for empowering and excusing political violence and domestic terrorism. The institutions charged with preventing this violence have proven inadequate to the task.

It is past time to develop a “get well” plan for our institutions.

It is time to speak the truth about the reality of what the country is experiencing.

It is time for the American people to demand that our elected leaders fight back at the federal, state, and local levels.

It is past time for the Trump Administration and all our elected leaders to prepare for a possible escalation.