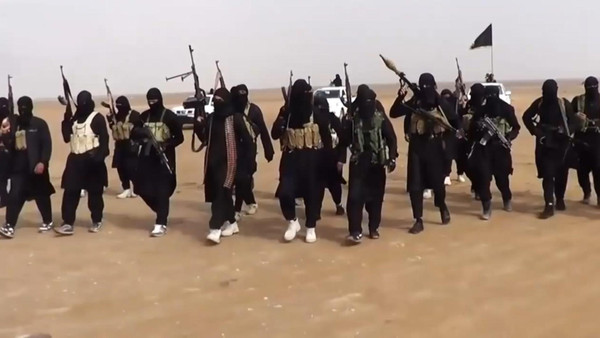 Reports that ISIS has surrounded Baghdad and is quickly closing in on the Baghdad International Airport (armed with MANPADS, no less) are troubling. Baghdad itself has been rocked by a series of VBIED attacks in the past 24 hours by ISIS, indicating that the battle for Baghdad has begun.

The possible fall of Baghdad could be the most significant development in the War on Terror since 9/11. And yet many among the D.C. foreign policy “smart set” were not long ago mocking such a scenario.

So what happens if such a situation comes to pass? Here are five key implications (by no means limited to these) if Baghdad falls to ISIS:

Symbolism doesn’t matter much to your average post-modern Westerner, but it still does in the Islamic world, and the capture of Baghdad will hold enormous value. For 500 years Baghdad was the seat of the Abbasid caliphate, and its fall to ISIS would allow the terrorist group to reclaim that mantle. Such an event will electrify the Middle East and beyond, with many Muslims holding firmly to the belief that the abolition of the Ottoman caliphate in 1924 by Ataturk was one of the key contributing factors in the decline of the Muslim world over the past century. No amount of State Department hashtags or tweets, or pronouncements by Sheikh Barack Obama and Imam John Kerry that there is nothing Islamic about the Islamic State, will be able to negate any claims by ISIS to be the revived caliphate.

2) The Great Reconciliation between jihadist groups will begin

Much of the Obama administration’s anti-ISIS efforts have been trying to leverage other “vetted moderate” groups in Syria against ISIS, with some “smart set” thinkers even advocating engaging “moderate Al-Qaeda” to that end. We are already seeing jihadist groups gravitating towards ISIS, such as the announcement this week by Pakistani Taliban leaders pledging their allegiance to the Islamic State. Other groups of younger jihadis are breaking away from Al-Qaeda franchises in North Africa and defecting to ISIS. Despite bitter rivalries between ISIS and other jihadist groups in Syria, namely Al-Qaeda’s official Syrian affiliate Jabhat al-Nusra, these other groups will be hard-pressed to deny ISIS’ caliphate claims if they do take Baghdad. In that part of the world, nothing succeeds like success. If Baghdad falls, jihadist groups, some of whom have been openly hostile or remained neutral, will quickly align behind ISIS. And the horrid sound coming out of Washington, D.C., will be of foreign policy paradigms imploding.

The US Embassy in Baghdad is the largest embassy on the planet. And after Obama sent 350 more U.S. military personnel to guard the U.S. Embassy last month, there are now more than 1,100 US service members in Baghdad protecting the embassy and the airport. That doesn’t include embassy personnel, American aid workers, and reporters also in Baghdad. ISIS doesn’t have to capture the airport to prevent flights from taking off there (remember Hamas rockets from Gaza prompting the temporary closure of Israel’s Ben Gurion Airport this past summer). If flights can’t get out of Baghdad, how will the State Department and Pentagon evacuate U.S. personnel? An image like the last helicopter out of Saigon would be of considerable propaganda value to ISIS and other jihadist groups. Former CNN reporter Peter Arnett, who witnessed the fall of Saigon in April 1975, raised this possibility back in June. It’s not like the U.S. has prestige to spare internationally, and the fall of Baghdad will mark the beginning of the end of American influence in the Middle East, much like the case in Southest Asia in 1975.

4) If ISIS captures Baghdad, it will be with weapons provided by the U.S. to the Iraqi army and “vetted moderate” Syrian rebel groups

Since their push back into Iraq this summer, ISIS has regularly paraded captured weapons and vehicles that have been provided by the U.S. to the Iraqi army, which rapidly collapsed in the face of the ISIS advance. ISIS has subsequently used these U.S.-provided weapons to repel attacks by Iraqi forces. A report published last month by the UK-based Conflict Armament Research documented the use of U.S.-provided Humvees, armored personnel carriers, and firearms by ISIS. In addition, ISIS has at least 52 U.S.-made M198 howitzers with GPS aiming systems that have a 20 mile range that will undoubtedly be used in their assault on Baghdad. Yesterday, Charles Lister of the Brookings Institute tweeted out recent images of ISIS fighters equipped with M79 Osa anti-tank weapons that had been provided by Saudi Arabia to the “vetted moderate” Free Syrian Army. The potential propaganda value of ISIS capturing Baghdad with U.S. weapons will be enormous.

The fighting in Syria and Iraq has been part of the regional sectarian competition of Sunni Saudi Arabia and the Gulf states against Shia Iran and its allies in Iraq, the Assad regime in Syria and Hezbollah. ISIS and Sunni Syrian rebel groups have been proxies in this fight. If Baghdad falls to ISIS, it will be all-hands-on-deck across the entire Middle East, with a sectarian war not seen since the Iran-Iraq war in the 1980s and sectarian/ethnic cleansing not seen since the Balkan wars. We are already seeing Shiite militias killing Sunnis indiscriminately in Iraq and widespread ethnic and religious cleansing by ISIS in Northern Syria and Iraq. Meanwhile, our NATO ally Turkey is now bombing the same Kurds who are fighting ISIS. Because of these sectarian attacks millions of refugees have already flooded to Syria’s neighboring states, destablizing countries like Lebanon and Jordan. The ISIS push in Anbar province in Iraq has caused 180,000 more to flee, according to the UN.The potential humanitarian disaster from the dislocation of millions in the region could be without parallel.

If, in fact, Baghdad falls to ISIS and the Sunni-Shia sectarian war in Syria and Iraq metastasizes across the Middle East and North Africa, the U.S. will likely find itself an ancillary player. War-weary Americans have no appetite for boots on the ground (fueled in no small measure by the Obama administration’s stoking anti-Iraq war sentiments as part of their political strategy).

And yet one remarkable feature I personally witnessed last month while in Washington, D.C., briefing members of Congress on the proposal to fund more training and weapons for Syrian rebels, is the absence of any acknowledgement by the political and media elite that we lost the Iraq war. The fact is that we left, and ISIS stayed. Our options are increasingly limited in Iraq and the region, and most of those options are horrible options. We don’t even have lesser-of-two-evils options because of our reckless bipartisan foreign policy. The U.S. will also face a dilemma: at the very same time this administration has been sidling up to Iran and trying to strike a deal over its nuclear weapons program, we very well may be faced with calls from our longtime allies in the region, almost all Sunni, for assistance. And then we have Turkey, which, as a NATO partner, we have treaty obligations to honor.

And faced with a nuclear Iran amidst a growing sectarian war, many Sunni countries will start their own crash nuclear programs in response, leading to the regional proliferation of nuclear weapons. No sane person would contend that a nuclear arms race in the Middle East would be a benefit to our own national security (though undoubtedly there will be some D.C. foreign policy “experts” who will dismiss its importance).

The coming days and weeks in the fight for Baghdad are fraught with enormous implications for the U.S. And yet our ability to influence those events is rapidly waning.

Requiem for Minnesota – When Does a State Become a Counterstate?
May 30, 2020