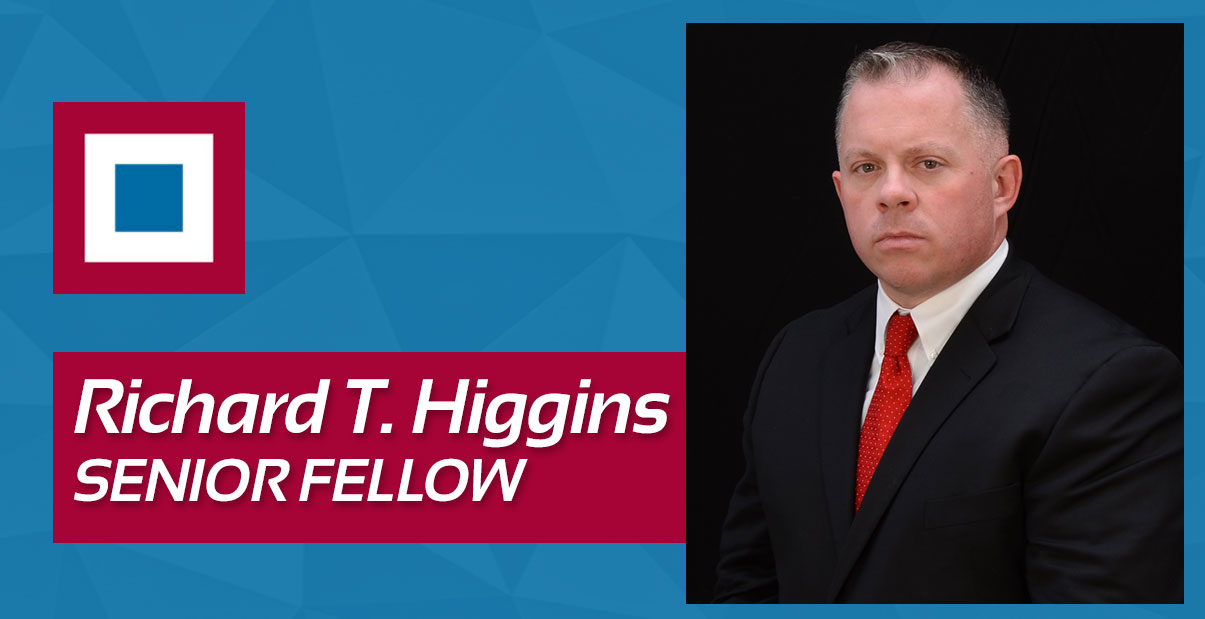 He is an expert on the nexus between theological doctrines and information age unconventional warfare and has spent 20 years combating terrorism.

In 2004, he formed the Department of Defense’s (DOD) Irregular Warfare Support (IWS) program office and served as the organization’s first Program Manager until June 2010. In this role he was directly responsible for the creation of several new strategic and operational capabilities.

Higgins has advised the White House, Congress, and Foreign Governments on strategy, technology, and terrorism related matters. He is a 2011 Lincoln Fellow from the Claremont Institute.

A US Army Veteran, Rich Higgins holds a Bachelor of Science in Mechanical Engineering from Tufts University as well as a Masters Degree in Strategic Security from the National War College. He resides in Virginia.