How I will remember Rich 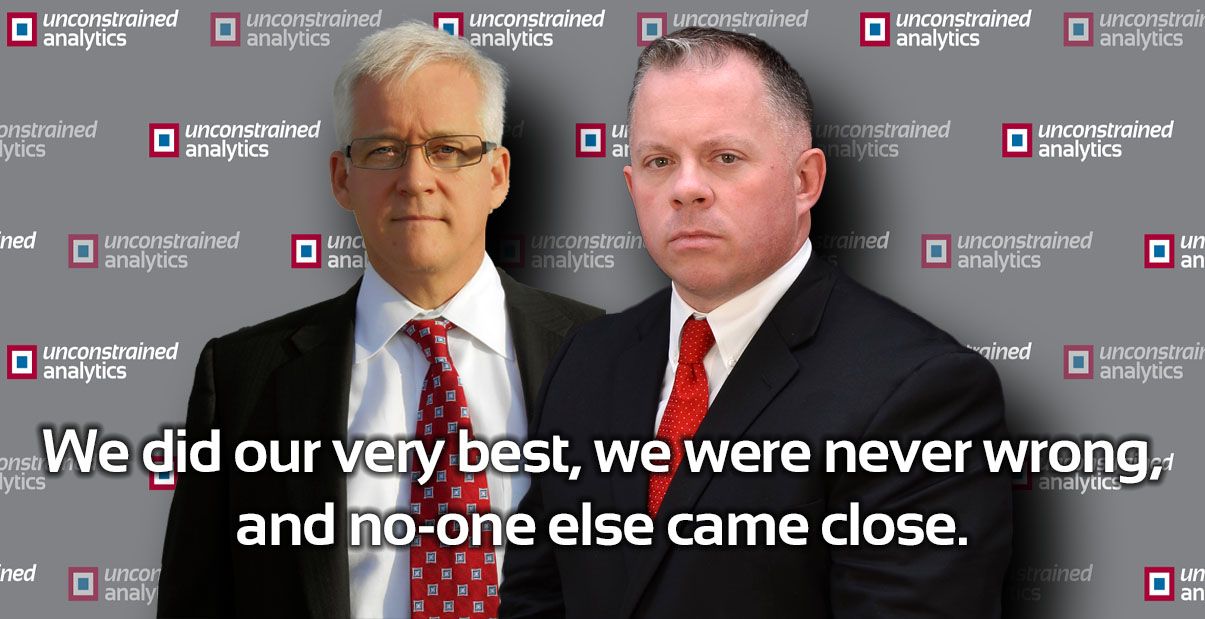 It was in 2006 that John Guandolo asked me to go to a hidden-away warehouse in Virginia to brief a group of as yet undisclosed people.

The place was the CI Centre. Cindy Kwitchoff, the woman who runs Unconstrained Analytics production and web activities worked there at the time along with Clare Lopez and others.

I was asked to give the presentation that I’d been giving at the Pentagon back when I was still on the Joint Staff J2.

One of the people at that meeting was a guy who ran OSD’s Irregular Warfare Support Program, Rich Higgins. It’s where we met. The brief was the notorious Islamic Law briefing that was, at that time, still in very high repute and demand.

Rich would later tell me that more than anything else, this meeting changed his whole orientation to the War on Terror. Alas, as with all who stumble upon it, to understand the consequences of that knowledge was to make oneself a pariah in the National Security space.

Jump a few years, and I learn that I’m about to purged from the Pentagon by reading it in Bill Gertz’s articles – my only source for knowing what is happening to me at my job for a while.

Driving to work at the Pentagon one day with my wife, I got a call from the Office of the Vice President, “Oh sure, right!” Later that day, I got a call from Rich. He asked me to go to this curious “only in Crystal City” company called JORGE Scientific. The interview lasted 15 seconds, I was back in business, supported by the Irregular Warfare Support Program.

Alongside directly supporting the WOT effort, I was tasked with going out and educating other groups and organizations in and outside the Government.

John Guandolo came on board from the FBI’s CT unit, and we were off to the races. We would soon form SEG, Strategic Engagement Group, a 501 so we could go off contract and inform and educate.

All this was done with Rich Higgins’ oversight.

We knew then that the WOT was profoundly flawed, fatally penetrated, and lost. So Rich and I spent days in my basement white boarding strategy session — deliberate decision making analysis — on how to recast and re-explain the nature of the threat in which we purposefully decided to abandon the dominant narratives that control Americans understanding of events in ways that ensure US defeat.

We decided to evaluate what was going on in America as if we were assessing a foreign country. In that role, we formed an “OPS-INTEL” relationship where I assumed the intelligence role and Rich did operations. We knew what we expected to find and yet were always shocked and dismayed when those views were validated.

BUT WE DID IT

In 2016, we put out “The Strategy and Tactics of the Islamic Movement in America” where we first introduced to concept of political warfare — the Maoist Insurgency — and how the Islamic Movement was in a UNITED Front effort with the Marxist Left. An ACTUAL Alliance which, BTW, is about to launch – the same crowd who assisted Trump’s 2016 transition team.

We were painfully aware of how we came across to people – we would be met with a blend of entertained smiles mixed with “OUT THERE” expressions — while we were trying to warn of immediate crisis, demanding immediate action yet striking audiences as too beyond.

Hence, in 2018, we spent days, weeks, white boarding how to “REINTRODUCE” the LEFT which we assessed to have been systematically – purposefully — forgotten and incorrectly understood.

We assessed that it was:

It met with pushback, but we laid down the markers. Events vindicated our efforts.

The way we warned of events then, to this day, are more accurate than most explanations of what happened when what was warned of occurred.

We recognized that the Republic may have to fall before it can rise.

But we did our very best, we were never wrong, and no-one else came close. THAT’S HOW I WILL REMEMBER RICH!

Rich was instrumental in painting, producing and promoting a true picture of events that bypasses policy and media narrative speak that completely dominate the terms of debate – both large and small.

We were a pretty good team, we got it done. We were right!

Rich will be remembered for many things, one of them is that of a trailblazer, visionary, patriot, and hero. KARIN, this is how his young children should remember him.

Rich, you will be missed. Thank you.