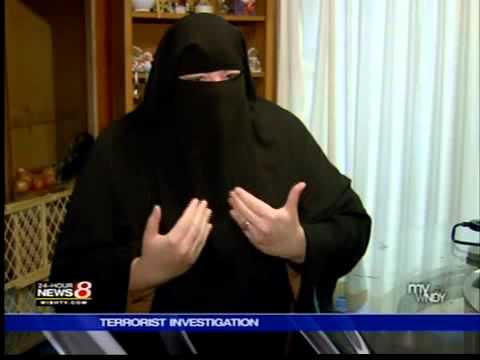 German media highlighted the American jihadist transplant and her husband after they flew the ISIS flag outside their home. She has a valid passport and can return to the U.S. at any time.

A 50-year-old grandmother from Indianapolis who was profiled by Fox News in 2010 is back in the news in Germany, where she now lives, for the open support she and her jihadist husband are showing for the Islamic State.

Kathie Smith, who four years ago pleaded that she was a patriotic American just exercising her free speech, has now dropped that pretense. She publicly praises ISIS, the Taliban, and senior Al-Qaeda operatives.

Refugees now living in Germany from areas victimized by ISIS were disturbed last summer when Smith and her husband flew the ISIS flag outside their home in Saarbrücken.

Smith first appeared in the media in a December 2010 article by investigative reporter Jana Winter at Fox News after Smith posted a video which included pictures of her and her German husband holding weapons interspersed with pictures of German terrorists.

A 46-year-old, blue-eyed grandmother and U.S. citizen from Indiana is under investigation for her possible ties to suspected and convicted international terrorists, FoxNews.com has learned.

Muslim-convert Kathie Smith, 46, of Indianapolis, married a suspected German jihadist tied to the Islamic Jihad Union last year and has been flying back and forth between the U.S. and Germany as recently as two weeks ago.

A pro-jihadist video featuring Smith and her husband is being investigated by the Indiana Intelligence Fusion Center, a threat and counterterror intelligence analysis clearinghouse staffed by law enforcement officials from local and federal agencies, including the FBI and Department of Homeland Security. . .