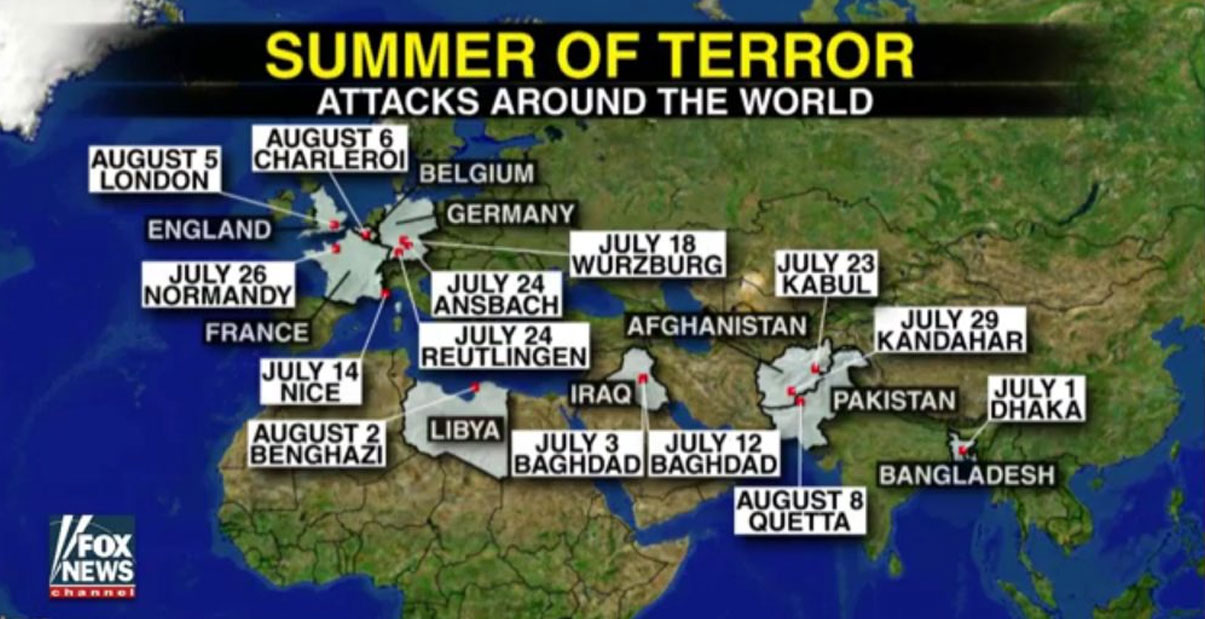 On the evening of July 14, citizens and tourists gathered on the promenade in Nice, France, to celebrate Bastille Day, but the night would end in horror as the celebrations turned into the largest terrorist attack during 2016’s “Summer of Terror.”

The Nice attack, which took place just 90 days ago, would mark the midpoint of a near-constant stream of terror attacks in the West that began with the June 12 mass shooting at the Pulse night club in Orlando by Omar Mateen.

Since the Nice attack, at least 20 terror attacks in Western countries have been committed—one nearly every 100 hours.

That pace is just slightly off from how this year’s “Summer of Terror” began. Two weeks after the Nice attack, I noted that the pace was nearly one every 84 hours:

ISIS inspired or directed attacks outside Syria/Iraq occurring once every 84 hours since June 8 https://t.co/0Lh5LgphhF

That statistic ended up widely circulated in the media, and the attacks would continue up through this past weekend, with this year’s recently concluded summer earning its moniker.

Below I chronicle the 20 terror attacks in Western countries over the past 90 days. I’ve excluded events of unknown or disputed motive, including those in Vincennes, France; Reutlingen, Germany; Uccle, Belgium; Munich, Germany; Queensland, Australia; a French Alps resort; a nightclub bombing this past weekend in Malmo, Sweden; and a stabbing in Rome by a Moroccan immigrant. . .  (read the rest)