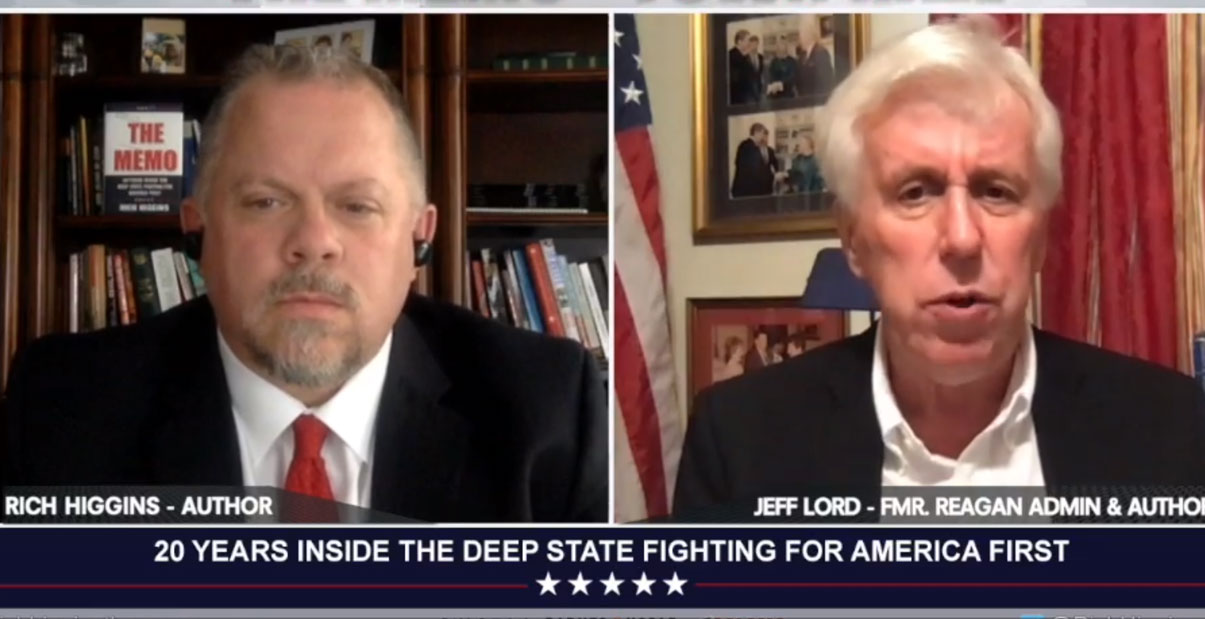 (Jeffrey Lord website) The book is an extremely timely home run. A must-read – and preferably before you vote. The book in question is The Memo: 20 Years Inside the Deep State Fighting For America First.

The author is Rich Higgins. Rich, whom I have been privileged to interview, has had a 20-year career inside the inside of the Deep State. When Donald Trump won the presidency and moved into the White House Rich realized long before anyone else that there was a Deep State move instantly afoot to, as his book says, “stop and ultimately remove the President from office.”

Rich Higgins is not shy. His background included stints in the army and at the Pentagon. By the dawn of the Trump presidency in January of 2017 Rich was stationed in the White House as a staffer on the National Security Council.

In an act of boldness – make that sheer gutsiness – Rich Higgins proceeds to set his concerns down in the form of a memo – The Memo. The title: POTUS and Political Warfare. . . . .

. . . . The big deal here is that after over a quarter-century of Washington Establishment presidencies – the 28 years of the George H.W.Bush, Bill Clinton, George W.Bush and Barack Obama presidencies – the bipartisan Establishments that ran both parties were determined to maintain the status quo. They were, to a person, Washington Insiders – something Donald Trump decidedly was not.

Thus they saw Trump and his personality, not to mention his Outsider status, as a threat to every policy they had implemented – not to mention to their way of life if not their jobs.

What Rich Higgins details here is just how this game was played. So concerned was he by what he was seeing at work “within the walls” of the Trump White House that in May of 2017 he sat down and “put what I know to be the truth into the form of a memo.” He addressed it to “those colleagues who had been close to the President during the campaign.” . . . . (read more)