An Explosive Story of Treachery Within the Trump Administration 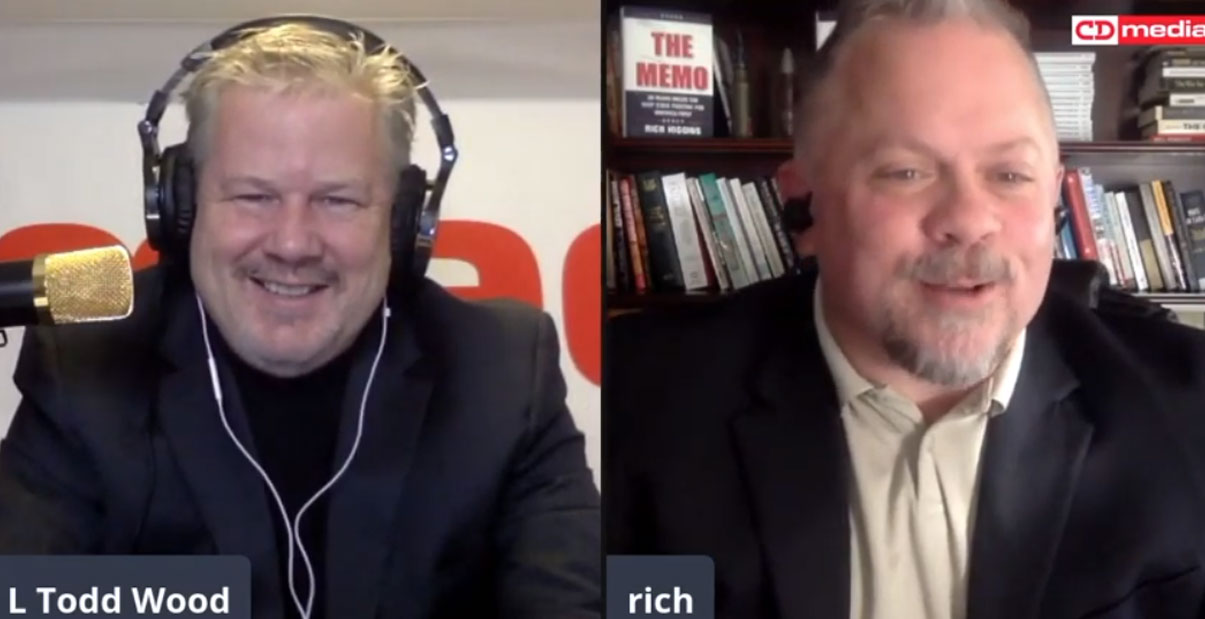 Various articles, videos and interviews with and about UA’s Rich Higgins regarding his new book and the current situation:

An Explosive Story of Treachery Within the Trump Administration (Townhall)

A tough, blunt-spoken guy from the streets of Boston, he began his career as an Army bomb technician in the 1990s. He went from screening visitors to the Clinton White House, looking for hidden explosives, to clearing IEDs in Iraq, to working in the Trump administration as a national security expert, worrying about metaphorical boobytraps set by Obama holdovers and Deep State seditionists.

Higgins’ new book, “The Memo: 20 Years Inside the Deep State Fighting for America First,” is an eye-opening and unique book for a political memoir. It is not heavy on political wonkiness, policymaking stratagems, and personal vendettas typical of Washington, DC tell-alls.  It is a refreshingly direct tale of a talented young man’s rise from the enlisted ranks of the military into politics and then policy-making, only to discover the realities of a brutal and seditious opposition fighting to preserve a decrepit, America-destroying agenda that culminated in an outrageous coup attempt against a U.S. president.

And while Higgins does “name names” in his book, when describing the subversion of the Trump agenda by those inimical to it, he does so only to drive home his larger point about the incredible obstacles President Trump has faced in orienting U.S. policies toward advancing his America-first agenda.

Higgins spent many years in the military, first in on-the-ground technical roles, then later devising tactics and strategies for combating the IED menace, and finally teaching at the National Defense University. Through a combination of intelligence, drive and strongly held convictions about the innate goodness of America, and the innate evil of cultural Marxists, Higgins rose to become a member of the National Security Council staff of the new Trump administration, in the area of strategic planning, focusing on Islam and communism. He had worked as a surrogate on the Trump campaign, speaking to various groups and providing briefings on counterterrorism and the wars in Iraq and Afghanistan. His talents were then brought to bear in the White House on the NSC.

What Higgins quickly discerned at the outset of the Trump administration in early 2017, however, was that there were only a relative handful (six or seven) fellow staffers on the NSC who truly believed in Trump’s MAGA philosophy. Meanwhile, there were 60 or 70 Obama holdovers, and many, many individuals on the NSC staff who sought to undermine Trump’s agenda, either overtly or covertly, actively or passively.

Higgins is not one to go along to get along. So in his off-hours he set about preparing an unclassified memo for the president – The Memo, for which the book is eponymously titled – laying out what he saw as the political forces operating against President Trump, both within his administration and within the culture more broadly, which he feared would undo this president and his agenda.  . . .  (read the rest)

“America Can We Talk” show with Debbie Georgatos:

Conservative Review podcast with Daniel Horowitz
Today, we are joined by Rich Higgins, a former strategic planner for Special Operations Command (SOCOM). He served in the National Security Council under Trump until he was pushed out for writing a memo warning about the deep state and Marxism. Now he has written a book, “The Memo: Twenty Years Inside the Deep State Fighting for America First,” expanding upon that memo. Higgins shares his thoughts about the upcoming opportunities and pitfalls of a potential Trump second term. We must first learn from the mistakes of the first term.

RICH HIGGINS, Former Director of Strategic Planning for the NSC, Author of The Memo: 20 YEARS INSIDE THE DEEP STATE FIGHTING FOR AMERICA FIRST: