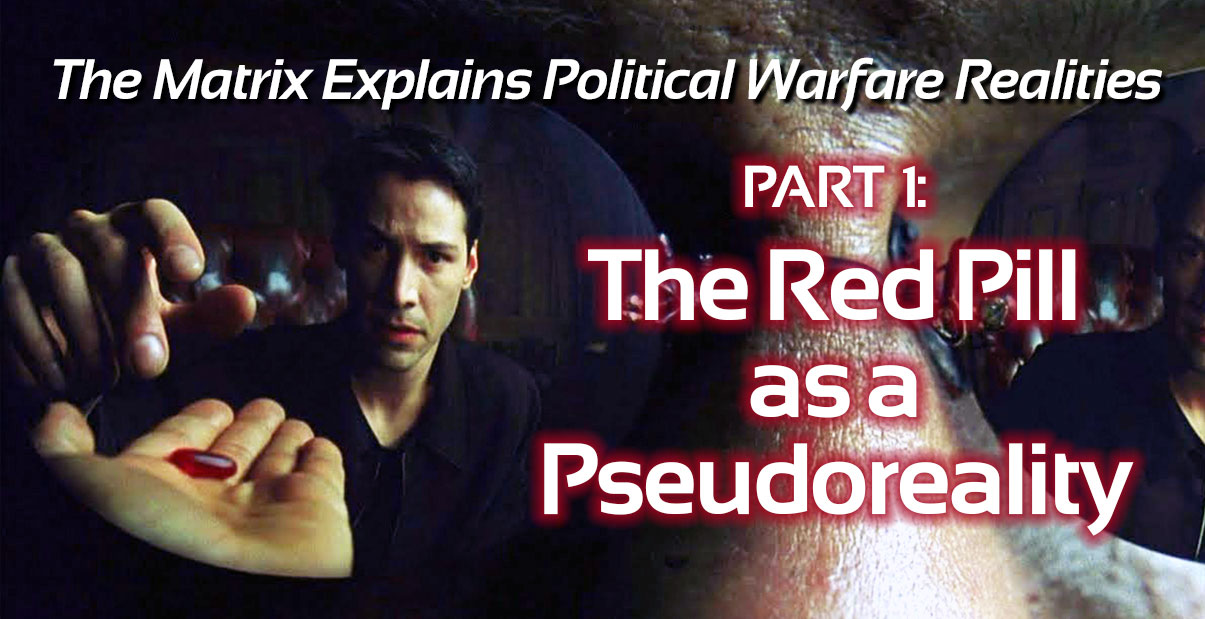 After sitting through my counter-terror briefing a few years back, a SEAL team dubbed it The Red Pill Brief. The name stuck. Perhaps no other movie more presciently foreshadowed the political climate we find ourselves in today than the 1999 release of The Matrix.

A look at the iconic “Red Pill/Blue Pill” scene, along with a few others, will help explain seemingly abstract political warfare concepts like “pseudorealities,” “pseudo-science,” and “controlled oppositions.” The Left operates by imposing narratives. They are the products of mass line development.

On taking the Red Pill, Neo is shocked out of the matrix into consciousness where he finds himself submerged in a dystopian toilet. Neo’s act of becoming aware compels the matrix to take immediate action to disconnect him from the matrix and flush him.

Neo is mortal. But, when his mind enters the dream-world of the matrix to do battle, his trained imagination allows him to acquire superhuman/transhuman capabilities. Only pseudorealities supported by pseudo-science allow people to think they could have, or could “evolve” into having such capabilities.

Neo himself cannot actually do in the real world what his imagination permits him to do in the pseudoreality. Adults conditioned to think of themselves in terms of comic book heroes are participating in their own infantalization.