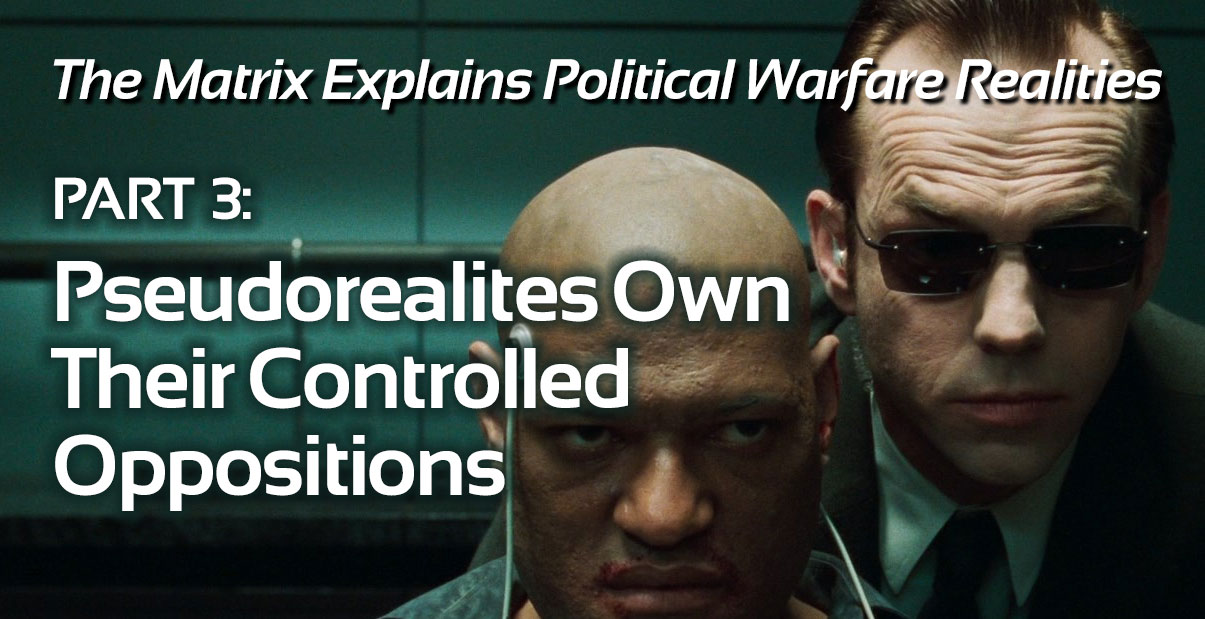 Controlled oppositions are a prickly thing to discuss because, by necessity, they must touch where it hurts.

From a blue pill perspective, this all seems so mystifying.

When blue pill “allies” advance your causes, they negate them. It’s what they do! And it’s not “complicated.”

The Left is signaling a major escalation this year. Political correctness is transitioning to its weaponized form: hate speech. This, in advance of disenfranchising Americans from their own institutions. Blue pill “allies” will fall in line. “Warning on Racism” explains this.

If The Matrix’s red pill / blue pill analogy holds up, what does it tell us?

It warns that the most powerful allies must take the red-pill; but, that they are the greatest threats if they don’t.

Recognizing that political science is fundamentally a blue pill construct, red pill analyses should be undertaken with an eye towards the adage: “The academic way of understanding a thing is antithetical to the strategic or operational way of understanding the same thing.”

The Trimaran Brief: Marxism and why there is no “political middle”
September 1, 2021
Rich Higgins Update