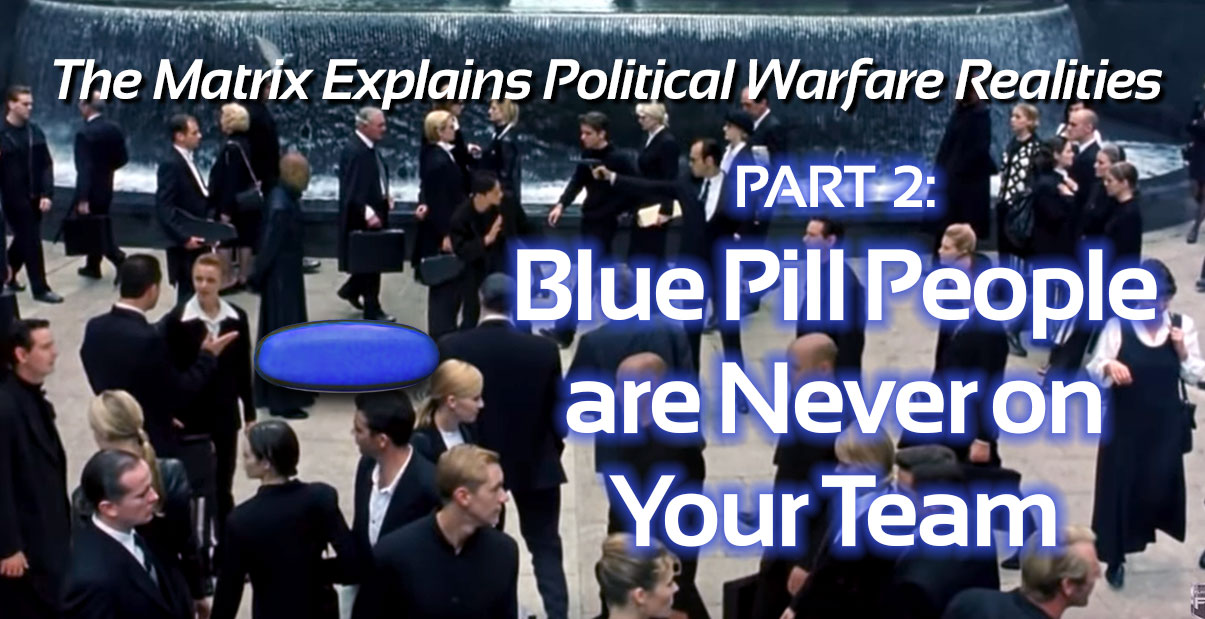 When entering the matrix, Neo doesn’t waste time with “blue pill people.” They don’t matter. He only enters the matrix to engage it so that he can challenge the pseudoreality that enslaves the people.

Expanding on Morpheus, most red pill people will reach the epiphany that, at some point, serious discussions with blue pill people can only serve the limited purpose of getting them to take the red pill.

This likewise holds for those trying to pull people out of today’s politically correct pseudoreality. Eventually,  today’s “red pill people” will recognize the unfortunate waste of their time and effort when prospective ”red pill candidates” fail to make a clean transition out of the pseudoreality.

Like Wiley Coyote at the trap door, it’s at this same point that red pill people realize they are isolated. Beep beep!

The apparent closeness of red pill people to their blue pill counterparts, their “allies” in the pseudoreality, conceals the actual chasm that exists between them.

Red pill people tend to recognize each other. They are often heard reciting Cypher’s “Monologue to a Steak Dinner.”

Reprising “Discourse Theory” in Light of the Dominant Narrative on COVID
November 1, 2021
Search