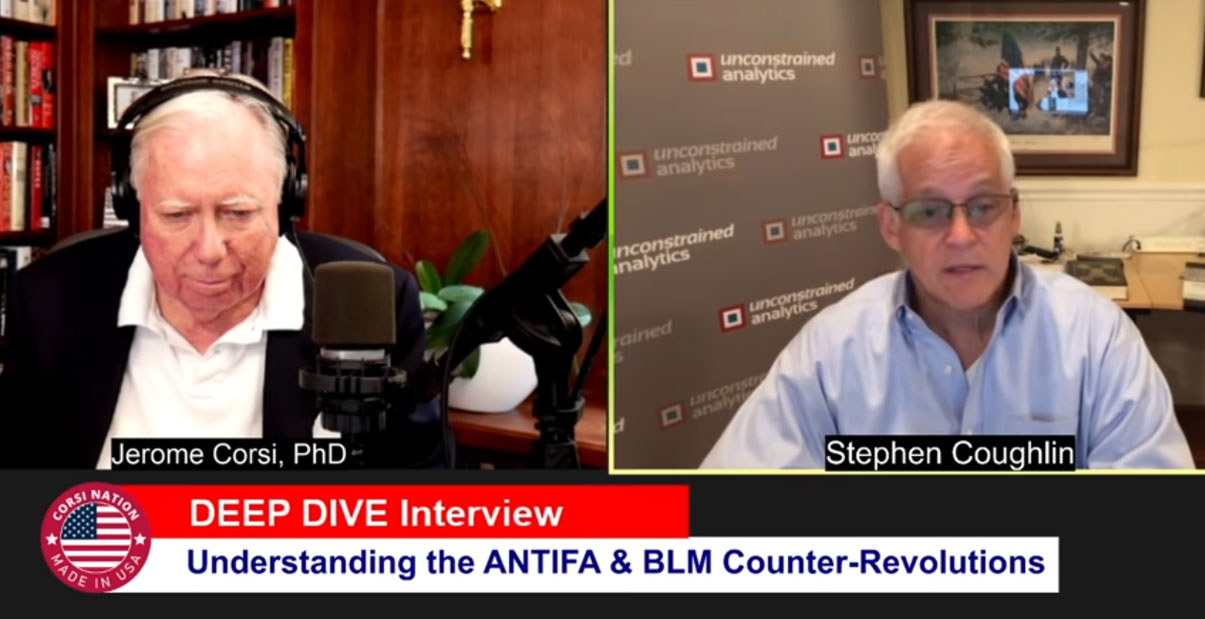 UA’s Stephen Coughlin was recently interviewed by Dr. Jerome Corsi on his Corsi Nation show regarding ANTIFA, BLM, Marxism and the Left’s Strategy and Tactics to Transform America report.

The interview is in three parts:

In part one of a series, Coughlin discusses the report “Re-Remembering the Mis-Remembered Left: The Left’s Strategy and Tactics To Transform America” in which he and Higgins reveal, as indicated in the Executive Summary: “When associated with rising factional discord, the increased hostility from the Left resonates a violence that is becoming a clear and present danger.”

In part two of the series, Coughlin discusses the meaning of “Mass Line” and “United Front” as reported in “Re-Remembering the Mis-Remembered Left: The Left’s Strategy and Tactics To Transform America.”

PART 3: BLM and the Praxis/Dialogue Process

In 2016, Stephen Coughlin and Rich Higgins wrote “Defeating the Islamic Movement Inside the United States” which they identified the alliance between the SPLC/Antifa/BLM left and the Muslim Brotherhood in “united front” terms along the lines we see today. Today, Coughlin is developing a presentation on “The Praxis/Dialogue Process” which combines a historical summary of the evolution of Communism with pictoral descriptions of exactly what the different levels of the progression from political and social dissatisfaction to large scale guerrilla action. We are well along the way to the endpoint, with both overt and covert pressures against our representative republic morphing into riots and violent demonstrations.