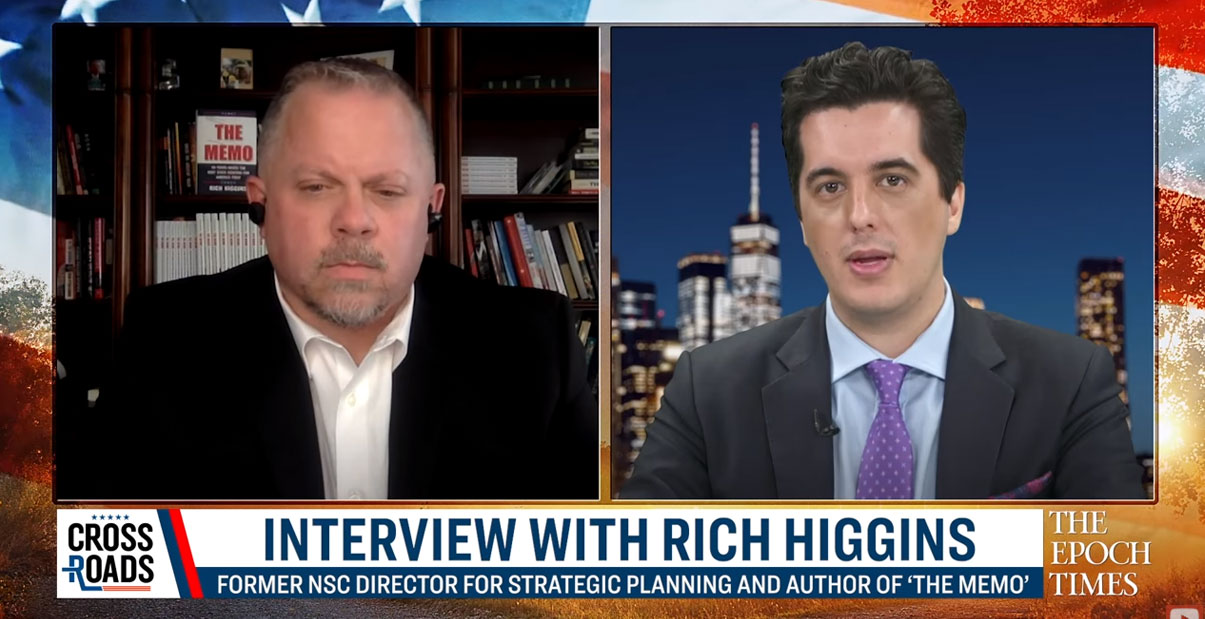 UA’s Rich Higgins was interviewed on Crossroads with Joshua Philipp regarding the current state of elections and political warfare.

As the results of the current presidential election drag out there are enough anomalies found in it “to merit a serious investigation,” according to Rich Higgins, former director for strategic planning at the National Security Council (NSC).

Among concerns surrounding the election are “Twitter anomalies, the votes showing up in the middle of the night, the counts that go on forever,” Higgins said in a recent interview on The Epoch Times’ Crossroads program.

“There’s a lot of evidence there that requires further investigation” and there are constitutional measures in place to do it, Higgins said, state legislators can act if any violations or irregularities are found in the voting process but they will need evidence to do so.

Higgins would like to see the Trump administration provide “a more succinct and coherent messaging” about the election situation.

Specifically, Higgins would like the administration to tackle “the disinformation campaign that we’ve seen now going on for a year and a half from the media as it pertains to the election.”

“Of all the things that I’m most shocked about that I’ve seen in the past couple of days is the incessant media tipping of the scale through … the provision of narrative on one hand, and then the selective distribution of information on the other hand. … They’re not only lying to you, they’re also withholding information from you. It really is disgusting,” Higgins said. . . . (read the rest)