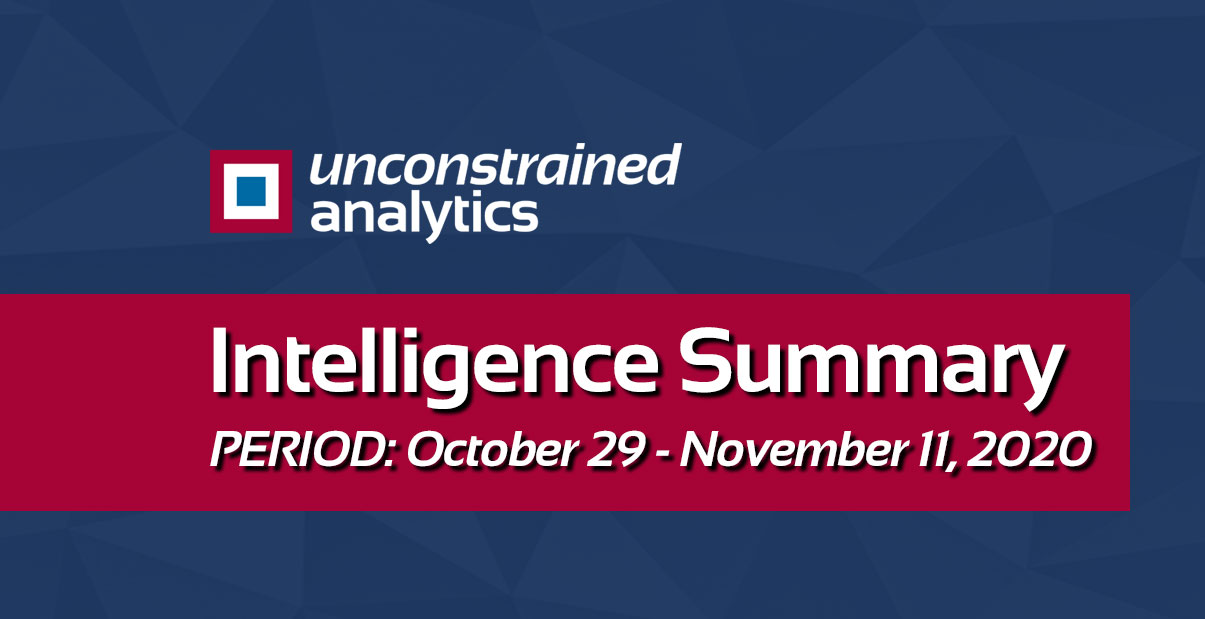 Post-Election activities reflects the engineering of a revolutionary crisis that accomplishes revolutionary objectives, regardless of who becomes President.

The 3 primary threats confronting America that pose an existential threat, joint and severable, and synchronized

The 24-Hour News cycle deliberately undermines critical thinking by drowning the audience in “countless superficial information bits … presented in propaganda fashion” rendering the audience ”knowledgeable about a thousand details and nevertheless, because of ignorance regarding the core of the matter, remain without basic insight.” The conversion of information into narratives to support the news cycle causes “authentic reality [to be] taken over by a fictitious reality” where “perception is indeed still directed toward an object, but now it is a pseudoreality” – Pieper

24-Hour News cycles render the audience passive spectators in their own destruction.

Not withstanding the lack of reporting in the United States, the whole world knows a massive fraud is being perpetrated, both those who are for it and against it. The future of the free world hangs in the balance.

Are You Safe? A Guide to Protecting Your Family from the Coming Insurrection and Violence

Do you worry that riots and mob violence could occur in your peaceful neighborhood? Are you concerned about your family’s safety? Especially now, with fewer police available or restricted from emergency response, many families are apprehensive. What will happen if dangerous mobs and looters arrive on your doorstep?

This book is a guide for all that are concerned with the chaos and violence occurring on the streets of America, regardless of your political outlook. Though much of the violence clearly has political intent and purpose, that is outside of our scope. We are focused on helping you keep your family and neighborhood safe.

Our goal – to explain the violence, who is perpetrating it, and how to avoid becoming a victim, sounds simple enough. However, there is considerable information avail able, and much of it is opinion disguised as the truth. To help with this task, the writers consulted with experienced and proven analysts on intelligence, crime, politics, revolutionary warfare, history, survival, trauma medicine, and child psychology. They did a remarkable job separating fact from perception, assessing the inexplicable, and delivering it concisely. It serves well as a handbook for concerned American families.

Read: Are You Safe Guide (.pdf)

The Republican Establishment is the Left’s Defeat Mechanism
January 11, 2021