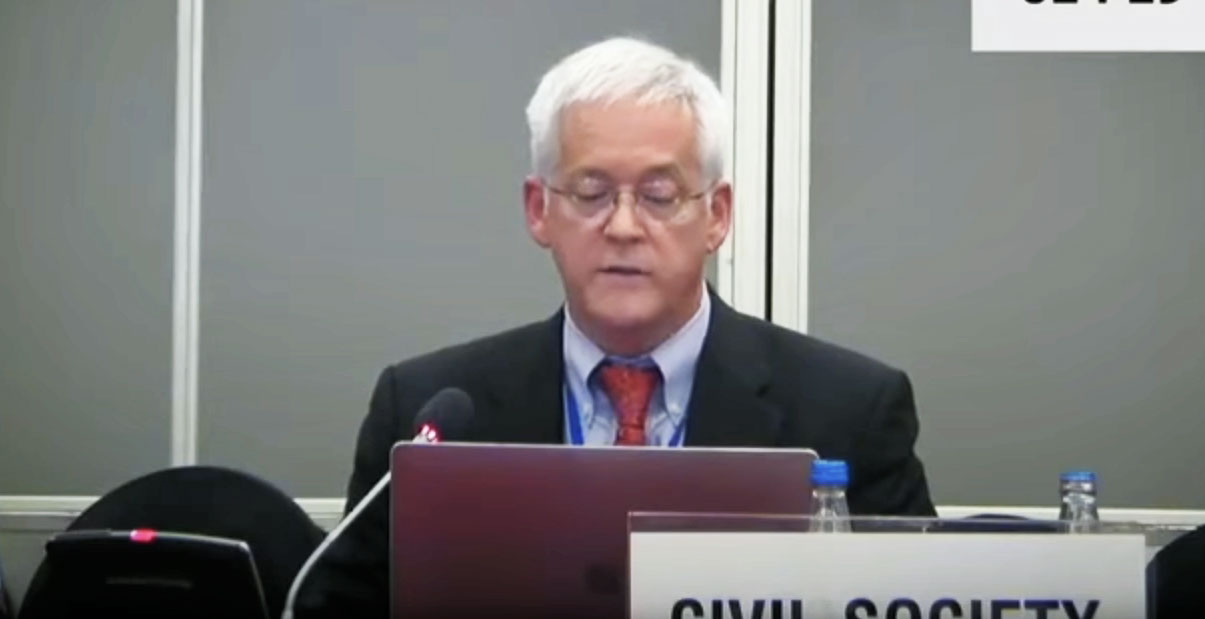 Stephen Coughlin presented a statement at a Organization for Security and Cooperation in Europe (OSCE) conference in Warsaw, Poland, where he addressed the use of fabricated narratives by international forums structured to undermine national identity by positioning that identity in a withering dialectic that seeks as its object the negation of targeted nations. Full text below.

Thank you, Mister moderator, ladies and gentlemen. This intervention wishes to address the use of fabricated narratives by international forums structured to undermine national identity by positioning that identity in a withering dialectic that seeks as its object the negation of targeted nations.

Is this really an issue concerning migrants or could it reasonably be characterized as the manipulation of the hardships and plights of migrants as devices to undermine national identity and sovereignty?

A principal line of effort is to position the thesis of national identify against the antithesis of the manipulated needs of “the other” to a multi-cultural synthesis arbitrated by the unaccountable who are responsible for the narratives. The multi-cultural narrative is not so much concerned with the needs of “the other” beyond the utility they bring in supporting narratives calibrated to negate a national value in a targeted nation.

The outcome isn’t an impowered minority but a collapsed society through its targeted destruction. Masked as a helping hand to the other, it is wielded as a weapon. Over time, every value will be opposed by antithetical values until the national value is negated in the minds of the nation’s own people. There will be as many “others” are there are national values in need of aufheben.

In such processes, those that defend their sense of self are presumed to be bigoted and racist because they choose not to yield to the false characterizations and dichotomies that drive these narratives.

Tolerance is attributed to those players that yield to the demands of international forums while intolerance is attached to those that do not conform. The manipulation of the term tolerance, first expressed by Herbert Marcuse, is a permissive tolerance that only tolerates views that those with power permit – with the appropriating authority self-vesting itself with the ability to confer or deny the tolerance designation. This is an antithetical definition of tolerance. Under the normal definition of tolerance, in is actually intolerance.

To be clear, no-one I associate with opposes lawful immigration. No-one I know would deny a human being the resources and compassion circumstances demand.

Unconstrained Analytics recommends that the OSCE and all participating States – respect the genuine and legitimate rights of a people, a nation, to express its identity in its own nation; recognizing that they have the right not to participate in “international” machinations that seek a form of cultural genocide through withering dialectics of negation seeking that end. Thank you!