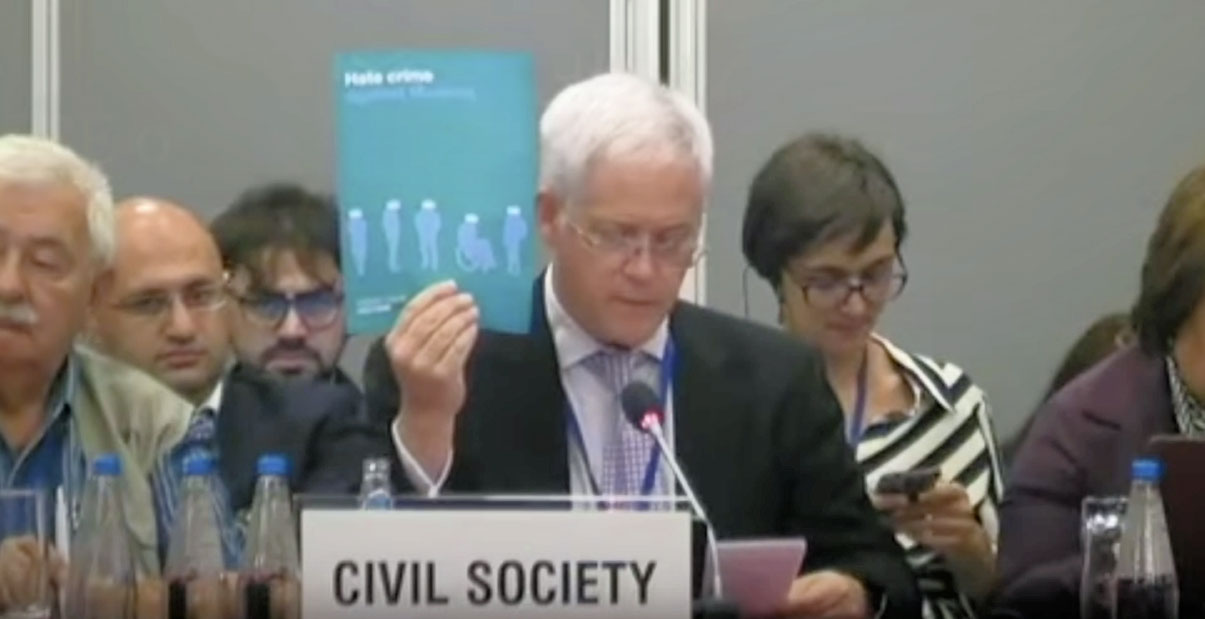 Stephen Coughlin presented a statement at a Organization for Security and Cooperation in Europe (OSCE) conference in Warsaw, Poland, where he talked about the growing negative influence of The Diyanet, which is the Directorate of Religious Affairs, an official state organ of Turkey, whose head said its purpose is “to dominate the world.” Full text below.

Thank you, madam moderator, ladies and gentlemen. There is an OSCE ODIHR flyer Hate Crimes Reporting – Hate Crimes against Muslims made available outside this room, which states –

Leaving aside that the specific “epidemic” of knife and related blade attacks that can be traced to fatwas to that end, this intervention raises specific questions on the role of the Diyanet. From the Diyanet’s own webpage –

This makes the Diyanet an arm of Turkish state power. It is headed by Ali Erbaş. In April, he Tweeted:

Is pointing this out “bigotry”?

On the downstream effects of the suppression of speech, as it is presumed that all national security players in all countries are under some oath or obligation to “support and defend”, Unconstrained Analytics asks: At what point do corrosive postmodern narratives of “Bigotry that associates ‘them’ with terrorism and extremism” begin to be scored as intentional interference with national security analysis that might otherwise provide bona fide indicators and warning of such an activity? When does it constitute negligence when national security analysts fail to undertake such analysis for fear of being labelled bigots?

Unconstrained Analytics recommends that the OSCE and all participating States – reconsider the corrosive nature of the dominant “diplomatic speak” on the legitimate aspirations and requirements of the nations they represent? In truth and in fact, national identity is not racism and a healthy patriotism and national pride is not bigotry. Thank you!