A Brazen Act of Prior Restraint 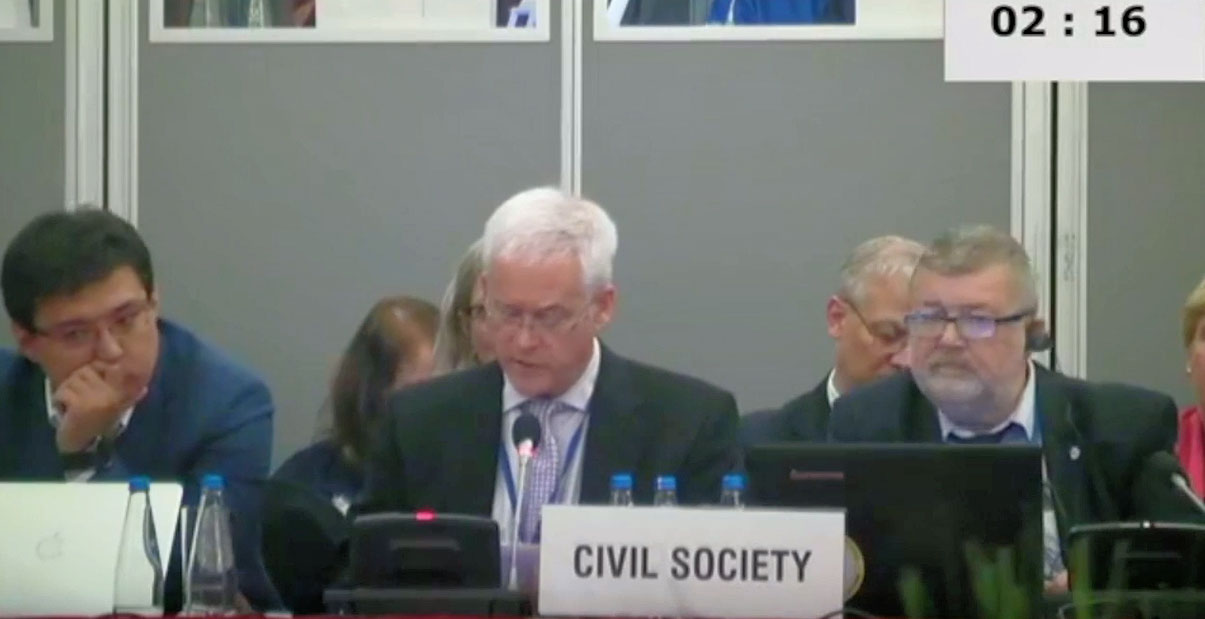 Stephen Coughlin presented a statement at a Organization for Security and Cooperation in Europe (OSCE) conference in Warsaw, Poland, where stated the ODIHR is creating rules that claim the higher authority to cut people off and ban their organizations for “saying that which shall not be said” or “naming that which shall not be named.” Full text below.

The concern is that rhetorical devices are being used to manipulate free speech canons in the name of respect for the “other,” as in; in order to respect whatever can be perceived as offending the “other,” your actual free expression will not be tolerated in fact. When free speech is assessed dialectically, it seeks its negation. Such abuses of language result in antithetical outcomes leading to abuses of power. This is a brazen act of prior restraint.

From that admission, the panel was then directly asked whether it believed that expressing things known to be true could constitute a hate crime to which the panel answered “YES!”

This past year, a man was forcefully arrested and imprisoned for peacefully reporting accurate information in a public space on a notorious criminal trial with serious political consequences.

This is brazen prior restraint. Underneath the rhetorical feints are violent assaults on free speech that expose an unstated and troubling assault on the freedom of thought.

Unconstrained Analytics recommends that the OSCE and all participating States – especially the United States and those that actually claim freedom of speech rethink the negating aspects of the narratives they and consider their effects in light of their actual intended impact. Thank you!