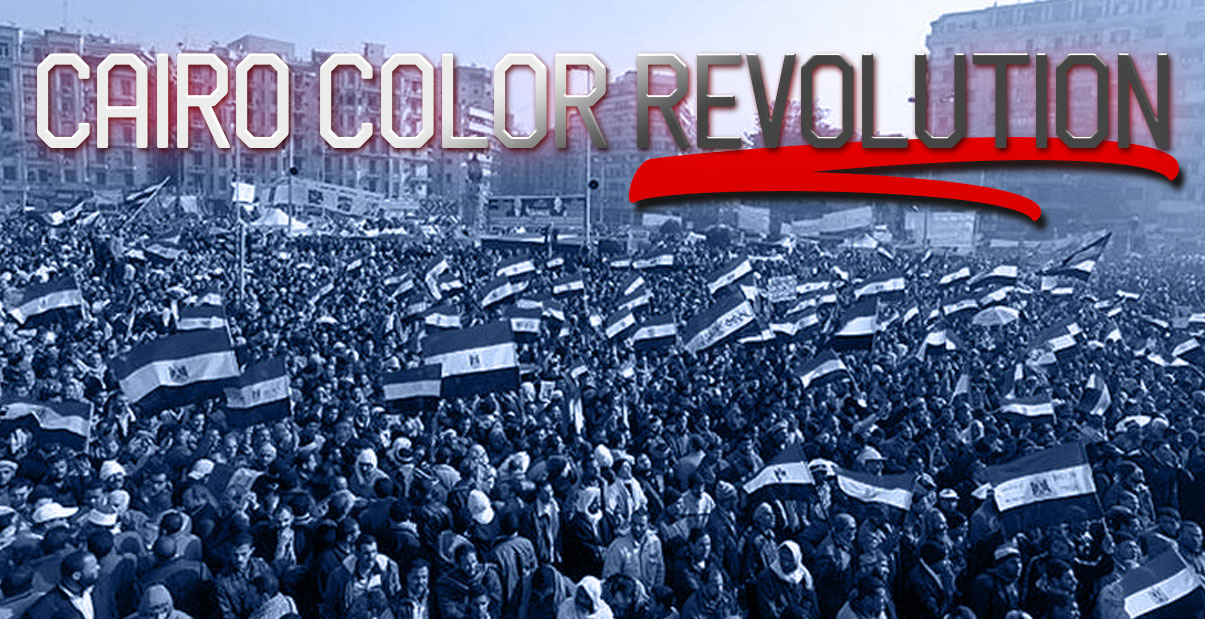 In Egypt, it has not gone unnoticed that events ongoing in the Untied States in 2020 with Antifa and BLM share many characteristics with Egypt’s 2011 Color Revolution that was popularly, and erroneously, labeled “The Arab Spring.” It too demonstrated interactive united front coordination between the Neo-Marxist Left and the Islamic Movement.

The 2011 Egyptian “Arab Spring” was a Color Revolution. It shared many of the characteristics of other color revolutions that have regularly appeared in other countries. While Color Revolutions can appear local because they key on national and local grievances to instantiate mass line movements, they are actually international and multinational events – as is demonstrated by the basic commonness of the various “national” color revolutions around the world.

In this document, “Cairo Kitty,” an Egyptian citizen residing in Cairo, put together a series of raw TV transcripts of Tahrir Square and related activities to reveal the similarities between Color Revolutions in other countries, in this example, Egypt’s in 2011, and the United States today.

“The people want to burn down the regime”?

Following Cairo Kitten’s presentation, examples of related events in other countries, and especially the United States, will demonstrate the obvious and sustained continuity between events in the Untied States today with another country that experienced its own Color Revolution.

Of course, if activities in the Untied States follow Color Revolution form, and they do, this provides a reason – an indicator – that America must look beyond standard domestic rationalizations to explain events.

Read the document: Thowra Selmia (Peaceful Revolution) [or, New to you does NOT make it New]: The Color Revolution, Cairo 2011 – Observations on the parallels between the U.S. today and Cairo then. (pdf)

Warning: The Left has deployed, Islamic Movement joining in
June 25, 2020

Requiem for Minnesota – When Does a State Become a Counterstate?
May 30, 2020