Part 3: Did Vatican II serve as the Discourse Theory prototype? 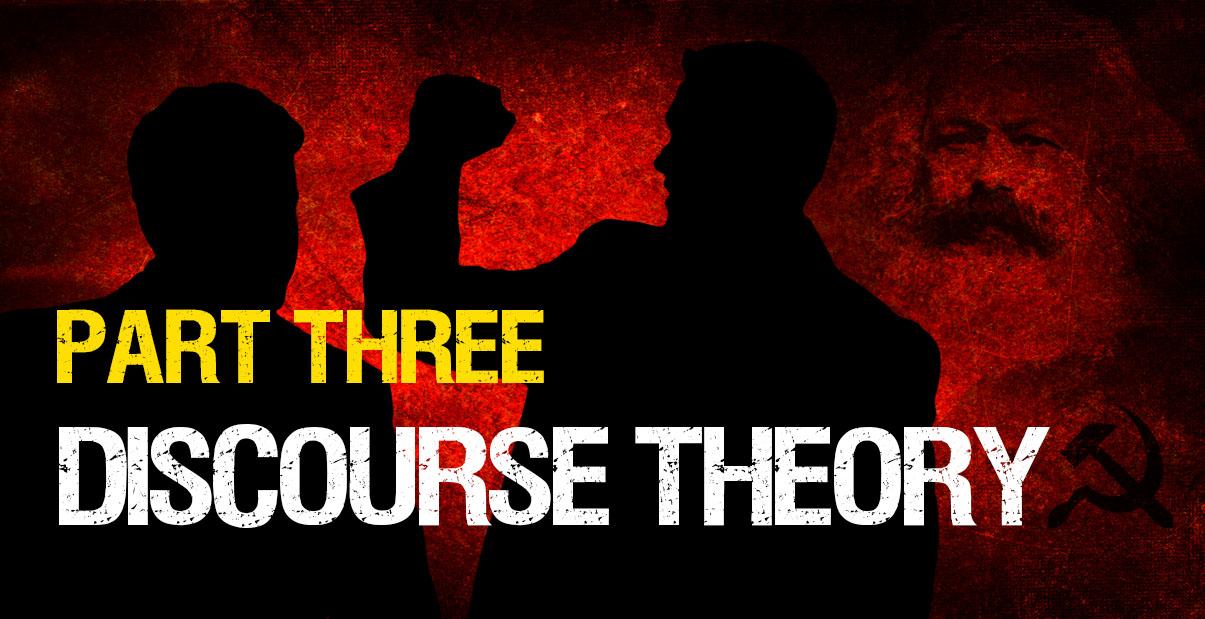 This question is raised because Habermas goes there. The principal focus of this writing is Habermas’ Discourse Theory – a very lethal arrow in the Semantic Marxism quiver. Yet, lest we forget, Habermas is intensely dialectical in his Marxist vision, and the objective of Discourse Theory is the implementation of that Marxism. While threat analysts submissively obey the rule, not always stated, to suspend threat analysis at religion’s door, Marxism has recognized faith as a threat and has targeted it from the beginning.

As stated in ReRemembering, the interfaith movement has COMINTERN roots. (And lest we forget, the Taliban just defeated America because threat analysts were forbidden to address the clearly articulated Islamic law drivers to jihad.)

In a book co-authored by Habermas and Joseph Cardinal Ratzinger promoted by Ignatius Press, the question worth asking is what, if anything, was being signaled between the two? The banter between Habermas and Ratzinger is dialectical, operates at the initiate language level, and runs along a common understanding of the Hegelian dialectic, which then serves as the common reference point.

The following assessment will explore this concept in greater detail.

So, was Vatican II the prototype for Discourse Theory?

It’s an interesting question that may not be as speculative as it sounds. Consider, it was well known at Vatican II that microphones were often turned off, meetings were shifted at the last minute, and discussions were tabled. As became apparent, the voices that were silenced tended to be the same as those disfavored by Vatican II’s elite staff theologians, called periti. These periti dominated Council networks while orchestrating the illusion of a consensus along Nouvelle théologie lines. The tactics used at Vatican II bear the tell-tale signs of Habermas’ Discourse Theory. Additionally, there was a periti nexus to Habermas: Joseph Cardinal Ratzinger was a Nouvelle théologie peritus at Vatican II.

In 2005, Habermas co-authored a book with Ratzinger titled The Dialectics of Secularization: Reason and Religion published In the U.S. by the Jesuit-run Ignatius Press. Nothing in the book would lead the reader to recognize that Habermas was a prominent Marxist. In Dialectics of Secularization, Ratzinger agreed with Habermas on the dialectical nature of the relation between church and state. From Habermas:

“Philosophy had indeed transformed the original religious meaning of these terms, but without emptying them through a process of deflation and exhaustion. One such translation that salvages the substance of a term is the translation of the concept of ‘man in the image of God’ into that of the identical dignity of all men that deserves unconditional respect. This goes beyond the borders of one particular religious fellowship and makes the substance of biblical concepts accessible to a general public that also includes those who have other faiths and those who have none.” [Habermas, The Dialectics of Secularization, 45]

It’s essential to recognize that Habermas’ language is defined by an initiate language that is itself dialectically determined. It needs unpacking:

According to romanticized notions of “aufheben,” “man in the image of God” is uplifted and preserved by this process. Discerning Christians and Jews, however, recognize that the phrase has been emptied of its meaning – or nihilized.

Ratzinger understands and engages in the initiate dialogue he enjoys with Habermas. Not only does he recognize the dialectical form, but he also signals agreement with Habermas through that initiate form. For Ratzinger:

“I am in broad agreement with Jurgen Habermas’ remarks about a post-secular society, about the willingness to learn from each other, and about self-limitation on both sides. We have seen that there exists pathologies in religion that are extremely dangerous and that make it necessary to see the divine light of reason as a ‘controlling organ.’ Religion must continually allow itself to be purified and structured by reason.” [Ratzinger, The Dialectics of Secularization, 77]

Of course, when religion “allows itself to be purified and structured by reason” through ongoing processes that position the Church in a binary relationship with the state (Dialogue in a Period of Praxis), it’s the state that does the purification.

Ratzinger reprises the Hegelian notion of state when imbuing it with a “divine light” that empowers it to be the “controlling organ” over religion. It’s very German. The “divine light” that ‘continually purifies’ religion resonates with Hegel’s concept of spirit or geist.

Hegel’s spirit has an immanentizing influence that recognizes that in today’s spirit, the “Zeitgeist” is truer than yesterday’s precisely because, as the spirit moves history forward, today’s truth is more valid than yesterday’s.

In another book by Ignatius Press, Ratzinger seemingly signals acceptance of this concept of spirit when saying that “basically, the word ‘world’ means the spirit of the modern era. [Joseph Cardinal Ratzinger, Principles of Catholic Theology, 382] The Jesuit Hans Urs von Balthasar, a close confidant of Ratzinger’s as well as being a trusted theologian, likewise signaled a sympathetic vision of spirit:

“If things were otherwise, where would the Holy Spirit remain in history? According to Christ’s promise, he will lead us into all the truth. He will do this until the end of the world, and without repeating himself. He will illuminate new depths of revelation from century to century.” [Hans Urs von Balthasar, Razing the Bastions: On the Church in this Age, 271]

Slippery language indeed. But do initiates understand it? To understand what makes this language alarming, one must interpret what is said along initiate lines. Yet, if the initiate construction prevails, then the Eternal Word is to be understood as moving history forward on a path to perfection through a continuous process of negation that Ratzinger calls “purification.”

But, if such a construction were followed, wouldn’t the Eternal Word cease to be transcendent? Yes. Both Ratzinger and Habermas speak the language of negation – and they both know it.

For initiates, the initiate form of a communication defines the meaning of what is said and fills the empty spaces where public articulation demands opacity.

So, when Ratzinger asserts that “religion must continually allow itself to be purified,” he necessarily means purified along dialectical lines, which includes its suppression by the state, given his agreement with Habermas. Habermas understood this.

Should we really be surprised by this? No! In 1982, Ratzinger declared his agreement with Balthasar on the need to demolish the Church:

“The fact is, as Hans Urs von Balthasar pointed out as early as 1952, the ‘demolition of the bastions is a long-overdue task . . . She must demolish longstanding bastions and trust solely the shield of faith’.” [Ratzinger, Principles, 391]

What did Balthasar mean by this? Balthasar’s call for the destruction of the Church is based on the notion that at 2000 years old, it should have already been negated:

“In terms of the history of religion, each year the Church spends on earth is another proof she will the sooner die; no religion on earth lives much longer than two thousand years. And seen psychologically, it is impossible, even in an individual, for a consciousness burdened with so much (and ever-increasing) tradition to maintain the freshness and carefreeness of the first youthful Christianity.” [Balthasar, Razing the Bastions, 393 – 405]

Suppose this dialectical understanding of Ratzinger’s comments holds up. In that case, it suggests that the demolition process may have progressed to the point where Francis’ actual razing of the Church constitutes a continuation of Ratzinger’s mission, not a break from it.

When Catholics seek refuge from vaccinations derived from aborted fetuses only to find no relief from Francis in the face of state power, Ratzinger’s amicable agreement with Habermas ceases to be just an interesting linguistic debate.

Indeed very few contest the role  Discourse Theory plays under Francis’ leadership. And nobody ever accused him of being conservative.

Semantic Marxism attacks are not limited to civil and governmental spheres. Rather, they attack all spheres of communication, especially, as Gramsci declared, the religious.

The exchange between Habermas and Ratzinger provides a helpful insight into the role initiate language plays in dialectical discourse and is provided to round out the discussion on Habermas’ and Discourse Theory.

If Discourse Theory was prototyped at Vatican II, then Semantic Marxism has been operational since at least the 1960s.