PART 2: Discourse Theory in the Context of COVID19 Narratives 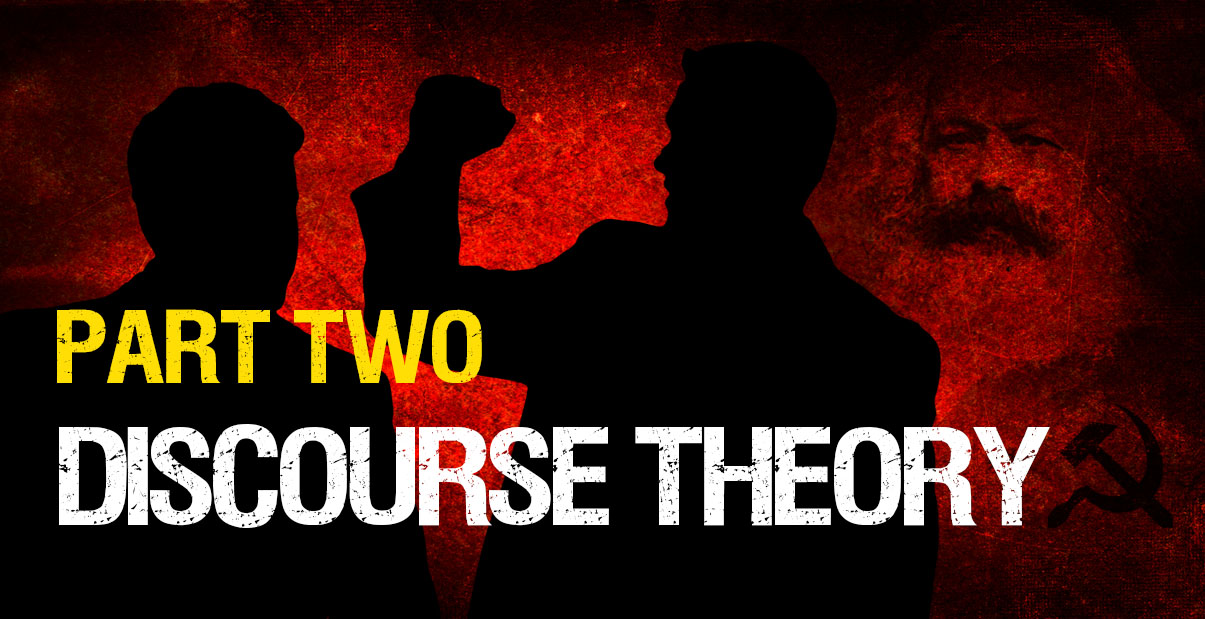 “I found from many observations that our liberals are incapable of allowing anyone to have his own convictions and immediately answer their opponents with abuse or something worse.” (today, we call this gaslighting)

Leading up to COVID19, in “Warning on Racism,” in 2019, Unconstrained Analytics, Inc introduced a concept from Semantic Marxism called Discourse Theory.

In March 2020, “Narrative Dominance in COVID19 Reporting” and “Formation a COVID19 Red Team” cautioned that while COVID19 narratives seem severable from COVID19, they shared an alarming number of parallels to Marxist mass line enforcement narratives.

What did the October 2020 assessment validate? That:

They continue to do so even as peer-reviewed science shows signs of overtaking COVID narratives. (See, for example; Life Site News “The myth of asymptomatic COVID transmission doomed America’s pandemic response.”)

Discourse Theory is one of the arrows in the Institute for Social Research’s (the Frankfurt School) Semantic Marxism quiver used to dominate societies.

As with Marx, the Frankfurt School is unabashedly dialectical in its orientation to Marxism. Its operational design executes along Hegel’s triadic formula based on the interplay between

In short, the dominant narratives on COVID19 sound more accurate than bona fide peer-reviewed scientific claims. Why? Because 1) the government says so and 2) Discourse Theory stifles dissent.

Designating it the “Platonic Nightmare,” Discourse Theory achieves what Josef Pieper meant when saying the abuse of language leads to abuse of power.

Returning to the Frankfurt School, its mission remains faithful to Marx’s true vision of Marxism: the dialectically nihilization of Western society through a systematic process of ruthless criticism:

“If we have no business with the construction of the future or with organizing it for all time, there can still be no doubt about the task confronting us at present: the ruthless criticism of the existing order, ruthless in that it will shrink neither from its own discoveries nor from conflict with the powers that be.” (Marx’s Letter to Ruge, 1843)

Intersectionality is a pure expression of Marx’s ruthless criticism.

To not recognize this is to be lost.

In fact, the Frankfurt School’s motto, “aufheben der kultur” (negate the culture), is the expression that fixes Marx in Hegel. Embedded in that motto is the Hegelian notion of “aufheben.” Today, aufhaben der kultur finds its best contemporary expression in the infamous “Cancel Culture.”

This raises the question: Do mainstream and social media communications on COVID19 constitute an information effort directed at the American public along Discourse Theory lines imposed as mass line enforcement narratives?

From a political warfare perspective, a case can be made that they are; that they share all the attributes of an active measures effort that combines Discourse Theory with Gaslighting in the form of ad hominem attacks masquerading as “fact-checking.”

From the start, mainstream and social media imposed Discourse Theory notions of “consensus” on all communications associated with COVID19 through deplatforming and naked censorship.

Discourse Theory notions of “consensus” are an identifiable element of COVID19 narratives that serve to isolate and deprive citizens of their rights and freedoms in a systematic way.

.
NEXT: Part 3: Did Vatican II serve as the Discourse Theory prototype?