Is America Being Blindfolded in the Face of Jihad? 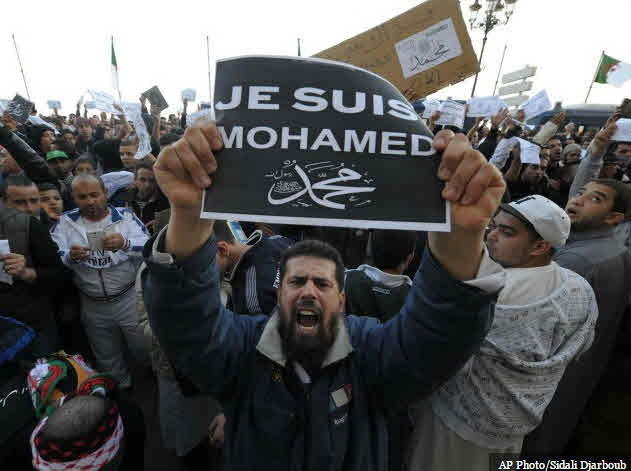 (Breitbart/National Security) If they’re saying it, it’s probably true–and the writing has been on the wall this entire time.

During a recent discussion at a private event hosted by the American Freedom Alliancein Los Angeles, Coughlin detailed the way Islamic doctrines motivate jihadi groups and their attempts to silence America by targeting free speech and thought.

Coughlin, who is an attorney, decorated intelligence officer and noted specialist on Islamic law and ideology, told the captivated crowd that the target of these Islamic jihadist groups “is the destruction of the First Amendment. By controlling the First Amendment, they can control what we are allowed to think. Our free speech will die of suffocation.” Incidents like the recent terrorist attack in Garland, Texas, where jihadis had targeted a Muhammad cartoon contest, are a prime example, he said.

Coughlin explained how merely listening to what terrorist groups say will help determine their goals. The American government has opted instead to downplay and ignore the actual beliefs of these groups, which has resulted in their slow advance being obscured.

In 2008, Coughlin said the appeasement of radical Islam had reached a new level when Michael Chertoff created documents saying members of the intelligence community could not use Islamic terms such as “jihad,” “caliphate,” and “ummah” to describe al Qaeda and the Muslim Brotherhood. “We cannot have a strategy to defeat them, so long as we are not allowed to identify them,” Coughlin said.

That was the same year Coughlin was terminated from his government position for revealing the hard facts about radical Islam. Disclosing things known to be true were considered to be hate speech, he said.

“If we view the fact of who the enemy is based on the fact that what they say motivates them and the published documents they follow, they chart an absolutely clear line.”