ISIS and AQ Intention to Act? 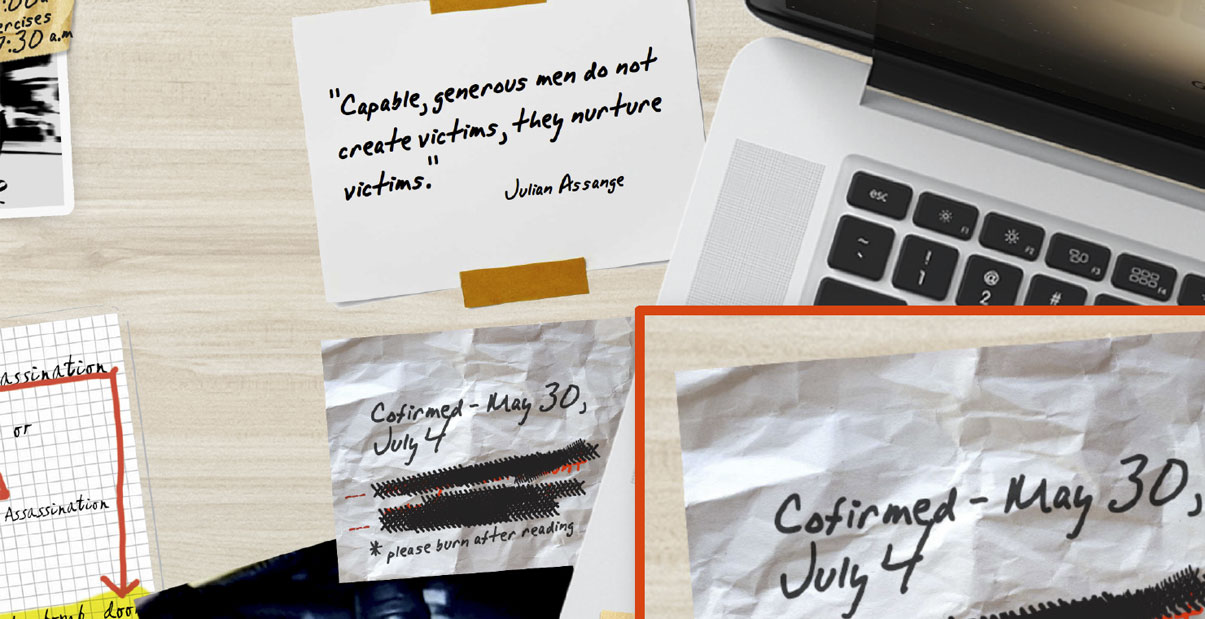 This message is not being put out to raise alarm bells too loudly but simply to point out unfolding activities that call for heightened awareness.

It is highly relevant that both ISIS and AQ put out messages within days of each – May 20 and 21 –  other that provide possible indicators of near term intention to act. The ISIS broadcast occurred in the context of a Twitter build up that indicates the exercising of a C3 node that focused on Ramadan and/or events leading to Ramadan.

This year, Ramadan begins June 6. Al Qaeda released its most current edition, Issue 15, of Inspire Magazine. Inspire posted dates suggesting Memorial Day (30 May) or Independence Day (July 4) as possible attack dates. Memorial Day is one week in advance of Ramadan and qualifies as an event leading up to Ramadan.

This timing and closeness of release of these two activities should cause some measure of heightened awareness that something maybe up over the period of the next week starting with Memorial Day and leading through Ramadan. As the form of attacks that we’ve seen by ISIS over the recent past – Paris, Belgium, etc – line up with the types of jihad advocated by al-Qaeda in Inspire should raise awareness of some form of functional crossover.

A brief review is in order. Of note in this discussion, both al-Qeada and ISIS are self-identified Wahhabi entities and use similar language that uniquely identifies them as such. While not wanting to overly raise the alarm bells, I do think we have indicators of possible future activity that warrants increased vigilance.

Reviewing the ISIS speech by the official spokesman of the Islamic State, the Mujahid Shaykh Abu Muhammad al-‘Adnani ash-Shami, on 20 May 2016, it is noteworthy that his call was directed specifically at Wahhabis (Wahhabis dislike the term Wahhabi and use the term Muwahhidin) and used terms associated with takfirism to designate competing Islamic players.

We fight in obedience to Allah and to become closer to Him. And victory is that we live in the might of our religion or die upon it. It is the same, whether Allah blesses us with consolidation or we move into the bare, open desert, displaced and pursued. It is the same, whether one of us is carried off to prison as a captive, or spends the night with his family, safe and sound. It is the same, whether we are unharmed and take ghanimah or we are wounded or killed, as victory – according to us – is to live as muwahhidin, to disbelieve in taghut, to fulfill wala and bara, and to establish the [11 / 12] religion. If this exists, then we are already, and under all circumstances, victorious. This is the reality, by Allah, and not mere slogans. Those who were truthful soldiers and leaders of the State wrote this with their blood. Whoever thinks otherwise, even if he is in our ranks, is not of us. He will inevitably be cast out or leave, even after some time. (11-12)

O slaves of Allah, O muwahhiddin! If the tawaghit have shut the door of hijrah in your faces, then open the door of jihad in theirs. Make your deed a source of their regret. Truly, the smallest act you do in their lands is more beloved to us than the biggest act done here; it is more effective for us and more harmful to them. If one of you wishes and strives to reach the lands of the Islamic State, then each of us wishes to be in your place to make examples of the crusaders, day and night, scaring them [12 / 13] and terrorizing them, until every neighbor fears his neighbor. If one of you is unable, then do not make light of throwing a stone at a crusader in his land, and do not underestimate any deed, as its consequences are great for the mujahidin and its effect is noxious to the disbelievers. (12-13)

It has reached us that some of you do not act due to their incapacity to reach military targets, or their finding fault with targeting those who are called “civilians,” so they leave harming them, doubting the permissibility thereof. Know that inside the lands of the belligerent crusaders, there is no sanctity of blood and no existence of those called “innocents.” This is not the venue for mentioning all of the evidences, for the list is too long; the least of which is dealing with them in just, as their warplanes do not distinguish between one who is armed and another who is unarmed, nor between a man and a woman. Know that your targeting those who are called “civilians” is more beloved to us and more effective, as it is more harmful, painful, and a greater deterrent to them. So go forth, O muwahhidin everywhere! It might be that you at­tain great reward or even shahadah during Ramadan. (13)

Three times Adnani made reference to Ramadan where at least one reference could be interpreted to mean events leading to Ramadan.

So go forth, O muwahhidin everywhere! It might be that you attain great reward or even shahadah during Ramadan.(13)

Since Inspire Magazine’s original edition, AQ has has fostered individual jihad as the preferred form of warfare. Issue 15 of Inspire, Spring 2016, 21 May 2016 continues this by policy in “Lone Jihad: Between Strategy and Tactics” on page 43 (PDF page 22) with a play on words relating the CVE replacement term “Lone Wolf” preferred by the FBI and DHS.

The doctrinal nature of Individual Jihad and how it executes was first briefed at USCENTCOM Forward in 2005. Individual Jihad is a self-contained self-executing C3 model capable of generating confusion and surprise.

This activity ties in with the recent Twitter activity where individual ISIS member around the world chimed-in with pictures of texts communicating a message in Arabic that occurred in anticipation of ISIS spokesman Adnani’s broadcast last week:

See this and this. See also attached Twitter screen shot below.

That the Islamic term of art “Individual Jihad” and its replacement term “Lone Wolf” are synonymous was first briefed in June 2010. From the Inspire Magazine article:

It is a term made up of two parts:

The first is Jihãd: It is to make every effort to strive, and to endure in fighting the enemy.

The second is fardy (Individually): and what is intended by Lone Jihad is that the brother should implement jihad, as we have defined, but individually and independently in the land of the kuffar without having to report to the Mujahideen leadership. And this individualism and independence is the main reason for it (Lone Jihad) to be termed as a Lone Wolf attack. (Issue 15, Inspire Magazine, Spring 2016, 43 [22])

Issue 15 of Inspire dedicates a substantial amount of space to the role of assassinations and the building of bombs to achieve that objective.

Of great concern is the possible posting of planned attack dates. On PDF page 7 of Issue 15 of Inspire, a picture of a collage appears of what seem random postings and writings. As the page is an image, there can be no word search to locate any of the text in the image. This is similar to what occurred last Saturday with the ISIS inspired Twitter campaign. In the Inspire image, in what looks to be scribblings on a Post-it Note, is a note stating “Confirm May 30, July 4” followed by two lines that were crossed out, followed by a line of text stating “please burn after reading” (see attached PDF image). This suggests the possibility of AQ inspired jihadi attacks as soon are Memorial Day weekend.