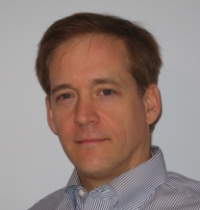 Major Steve Coughlin has been in the news lately. Little of the attention has focused on his ideas, rather than the intrigue surrounding the non-renewal of his contact as a briefer for the Joint Chiefs of Staffs, supposedly because he violated the sensibilities of the current climate. Meanwhile, his 300-page master’s thesis is posted on the website of the International Strategy and Assessment Center, where Maj. Coughlin and I are fellows. What does his thesis say?

My goal here is to summarize Coughlin’s main ideas. As in my “Muslim Brotherhood for Beginners” article from a few months ago, I am going to fight the temptation here to offer my own opinions, and instead just offer the facts, free of analysis, except on one issue. Coughlin has been characterized by some as a “Christian zealot with a pen.” I know Steve Coughlin. I occasionally have a drink with him. I know Christian zealots. Hell, I was born in Provo, Utah. He is not one.

Major Couglin’s thesis, “To Our Great Detriment: Ignoring What Extremists Say About Jihad,” was written in partial satisfaction for the requirements of his master’s degree. Coughlin is also a lawyer, though the thesis was written in the language of military strategy. To understand his argument, I find it helpful to view it through an American legal analogy.

Let’s say someone in the U.S. is accused of a serious crime. In addition to being innocent of the charges, the defendant also believes the crime itself is unconstitutional. This would raise the prospect of a two-pronged defense, and – because American law is so specialized – perhaps two types of lawyers on the defense team: (1) a trial lawyer who can mount a good defense on the factual allegations, and (2) a constitutional lawyer, who could prepare the appropriate motion to dismiss based on the theory that the crime violates the U.S. Constitution.

Each lawyer will focus on a different thing. Success by either could emancipate their client. Nothing stops the defendant from using both skill sets. If the defendant cares about his freedom and has adequate financial means, he would be remiss not to try both strategies.

Coughlin’s thesis makes a similar argument about Islamic doctrine, as it relates to how the U.S. military should fight the War on Terror. It is based on the notion that we must understand what motivates Islamic terrorists, in doctrinal terms. He describes this need though what is known as the Intelligence Preparation of the Battlefield (IPB): the systematic, continuous process of analyzing the threat and environment in a specific geographic area. The IPB is designed to support the military staff estimates and decisionmaking.

The key step in the IPB is to align the enemy’s courses of action (COA) to its doctrine – that is, what motivates the enemy. Knowing the enemy doctrine is not the entire answer, because enemy COAs can be constrained by environmental factors. To predict how the enemy will act sufficiently for proper military planning, its pure doctrine needs to be “templated” (evaluated in light of constraining environmental factors). It is only through this IPB process of sizing up the enemy, and discerning between its pure doctrine and what is likely to do through “templating” to account for environmental factors, can proper military action – a collection of “friendly COAs” – be undertaken. It all starts, however, will knowledge of the enemy doctrine.

To Coughlin, the IPB in the War on Terror is being thrown off by what he describes as the “Current Approach:” the view that Islamic-based extremism is aberrant and that Islam has become a “religion hijacked.” To Coughlin, this view is pernicious in part because it is being pushed by those who claim that Westerners should rely solely on Muslims to tell us what Islam is, much like the late Professor Edward Said attacked the notion that Westerners could ever understand what people in the “Orient” thought and how they behaved. Coughlin argues that the Current Approach represents an outsourcing of the information requirements that the IPB process is not structured to answer, much like a defendant taking the prosecutor’s word that the statute is constitutional. In American litigation, the resulting strategy will be based on input from people not aligned with the interests of the defendant. Applying this problem to the military challenge and the IPB, “Inputs into the decisionmaking process from the Current Approach are the product of borrowed knowledge from individuals and entities that may be either unknown or unbeholden to American national security interests.”

The consequences of uncritically accepting the Current Approach is the unstated corollary that because extremists do not represent “true” Islam, Islamic law itself should be excluded from analytical processes that support threat development. This tendency is culturally enticing to us, for we come from a tradition where arguments over the merits of particular religions are considered unpolite (and unpolitic) dinner party conversation. This tradition undoubtedly reinforces our inability to look closely at Islamic religious doctrine, and to look elsewhere for help. To add to this, we have Muslim intellectuals like Tariq Ramadan telling us (as he wrote a few weeks ago in the New York Times Book Review) that one cannot truly understand the Qur’an unless one goes at it with faith (“the language of the heart”). For this task, we must trust people like him. No wonder Ramadan is in such high demand.

Coughlin uses the IPB methodogy to ask why we are not bothering to ask, “What if?” It is a powerful argument, if one accepts the IPB process itself, since there is no harm in asking the question, just as there is no harm in the criminal defendant considering the constitutionality of the crime while simultaneously planning a full defense on the factual merits. If, in planning military action, intelligence analysts limit their focus to factors that contribute to understanding the enemy’s doctrine, then the result of a rigorous inquiry that supports the Current Approach would ultimately be neutral to the threat assessment. If, on the other hand, the result is a finding against the Current Approach, we ignore the result at our peril since the IPB-driven process will not based on the proper inputs.

Coughlin’s thesis would be powerful if he just ended there, but he it does not. Instead, he searches through the prevailing views of all major schools of Islamic thought to argue “true” Islam – the type taught in the U.S. to 7th grade Muslim-Americans – requires its adherents to engage in violent struggle for worldwide domination, a state of affairs that cannot be adequately explained by the Current Approach. To get there, Coughlin considers the most definitive sources of Islamic law, including what they say about how Islamic doctrine is to be interpreted. It seems that much is settled in Islam, including what the faithful are required to do in the face of non-Muslims with whom they interact. He concludes that the purveyors of the Current Approach are selling us a bill of goods.

No wonder Maj. Coughlin found himself a disliked character in the halls of the Pentagon, among the Muslim advisors who have the monopoly on telling us what Islam represents. He threatens their authority, as well as their livelihood.

Coughlin’s arguments about Islamic mandates make up the bulk of his thesis, but are ultimately unnecessary if one accepts his premise – that we owe it to the system to question whether the Current Approach is supported in Islamic law. What are the stakes? Even if the “true” Islam is a religion of peace, we would still need to know the doctrinal basis for the actions of those who have hijacked it, as long as they in fact exist and are able to motivate fellow Muslims to act at their direction. Consider this argument:

For the “extremist” argument to succeed, it simply has to assert a claim that has some doctrinal basis that survives the ideological screen because any surviving portion of the claim still leaves the “extremist” with a validated argument in support of the jihadis’ agenda. Hence, exclusivity is not an essential requirement for the “extremists.” The Current Approach, however, must be able to demonstrate exclusive correctness to the exclusion of the “extremist” position because the success of their argument can only be measured by the extent to which it constrains the “extremist” doctrine.

The problem, as Coughlin describes it, is that when the purveyors of the Current Approach respond to inconvenient Islamic law doctrines by claiming that there are “thousands of different interpretations to Islamic law,” they are saying there is no point to looking to Islamic law for solutions. In their oft-repeated claims that “Islam does not stand for this,” they are necessarily agreeing with Coughlin that there exists such a thing as Islamic doctrine, which necessitates our rigorous examination of it. For Current Approach arguments to succeed at neutralizing “extremist” positions, they must establish that “Islam does not stand for this” in every situation ranging through all interpretations. What are the prospects of that?

So in the end, it does not matter whether Coughlin is right about Islamic doctrine, as much as that the questions are being asked by people who are practicing the appropriate professional standards (another one of Coughlin’s key points). The U.S. government needs to ask these questions, rather than blithely concluding that Islam is a religion of peace that has been hijacked by Al Qaeda. Even if Coughlin is wrong about the big issues of Islam, he is certainly correct that military planners should be asking about the religious basis for Al Qaeda’s actions, so we can better predict how the adherents of “radical Islam” can be expected to act. That is really what matters.

By the same token, for the IPB to deny the need for close examination of the religious doctrinal basis for Al Qaida’s actions is to throw the process itself off. The costs of this decision likely exceeds the benefits of claiming that Islam has been hijacked to win over those who may be susceptible to embracing a more extreme version of the religion. Even by articulating this benefit of the Current Approach, we acknowledge the existence of a radical strain of Islam that can get a hold of people and cause them to act in ways that threaten innocent lives. For us not to then consider the doctrinal basis for this view of Islamic law, and to take it on faith that Islam does not drive their actions, would be malpractice.