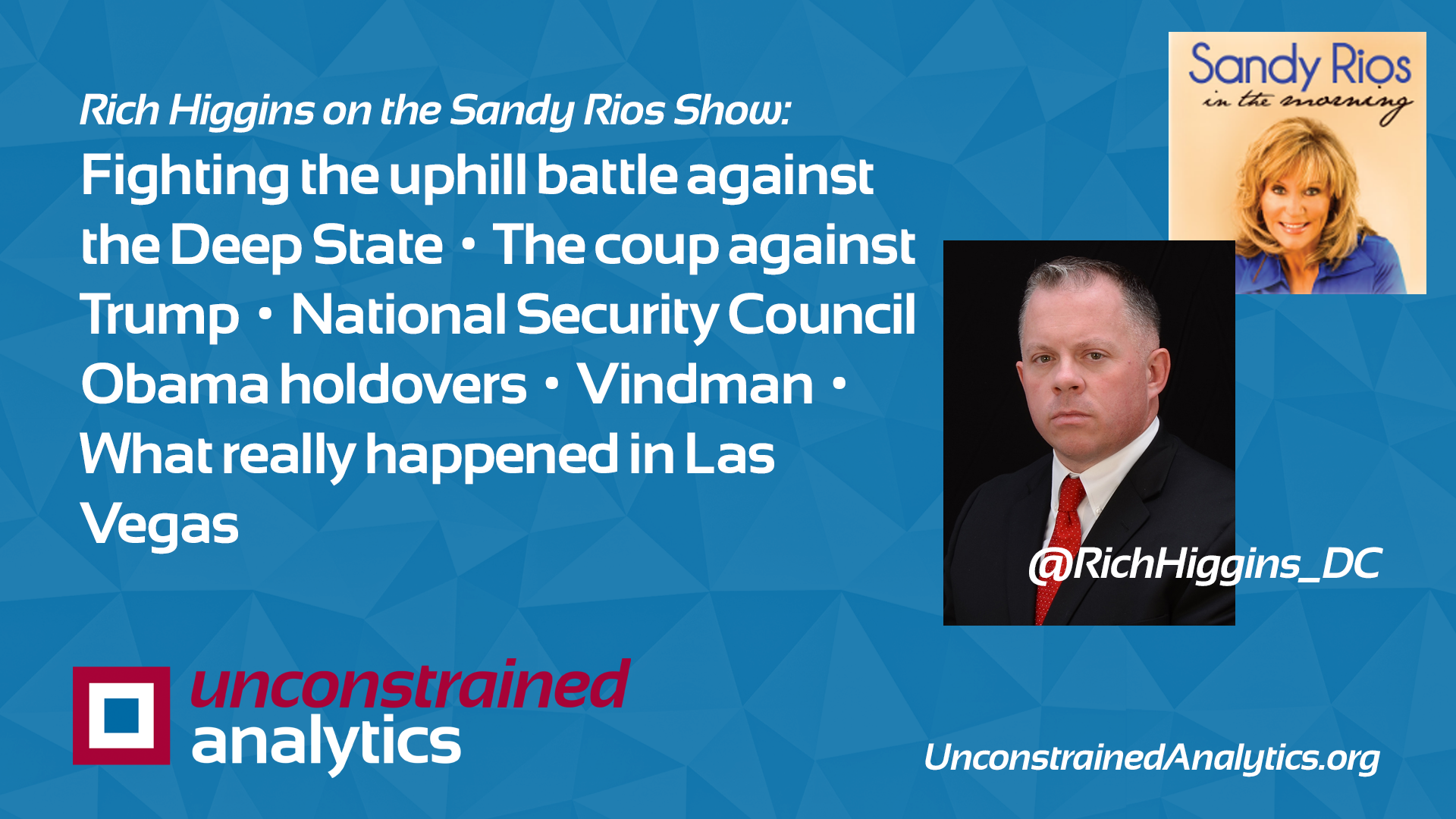 UA Senior Fellow Rich Higgins was recently on the Sandy Rios Show talking about his time on the National Security Council and what he saw of the coup plot against the President. Plus, what really happened with the Las Vegas shooting and why doesn’t America know what really happened.

“There were less than ten people on the National Security Council who supported President Trump’s agenda. Everyone else was either a partisan Leftist, a remnant from the Obama administration or observers watching the political fray who tended to default to their institutional guidance.”–Rich Higgins

–
Referenced:
The White House Fired Me for My Loyalty

The Republican Establishment is the Left’s Defeat Mechanism
January 11, 2021